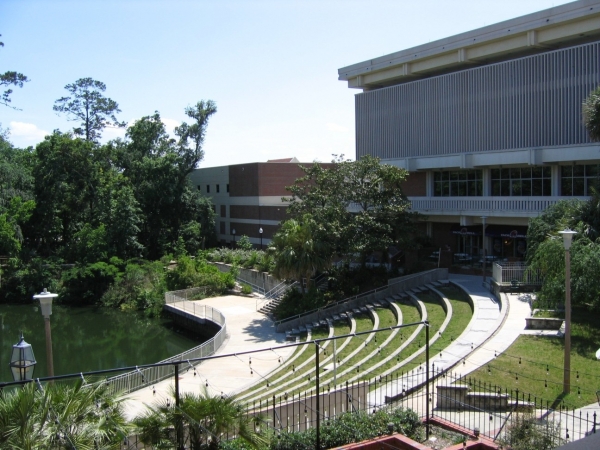 The University of Florida can trace its origins back to the very start of publicly funded higher education in the state. In 1853, shortly after Governor Thomas Brown passed a bill offering financial support, a man called Gilbert Kingsbury opened the East Florida Seminary. This eventually merged with the former Florida Agricultural College, the St Petersburg Normal and Industrial School and the South Florida Military College in 1905 to become the new University of the State of Florida. The relevant legislation was known as the Buckman Act and its originator, Henry Holland Buckman, is honoured in the university’s Buckman Hall.

Major developments soon followed. In 1906, the Florida Museum of Natural History was incorporated into UF. As well as being invaluable for teaching and research, this represented a commitment to the study of biological diversity still significant almost a century later in 2000, when the McGuire Center for Lepidoptera and Biodiversity was established as one of the largest collections of butterflies and moths in the world. In 1909, president Albert Murphree reorganised the separate colleges under a single mission and greatly expanded the size of the institution, with an annual intake rising from 200 to over 2,000.

Major developments in the 20th century include the creation of the Colleges of Medicine and Nursing in 1956 and a teaching hospital two years later. By building on these, UF is now the only university in the country which incorporates six different healthcare colleges on a single campus. A different landmark was reached in 1968, when the first ever “Gator” took part in the Olympics.

Since the millennium, the university has remained at the forefront of research in many areas, often through high-profile international collaborations. In 2002, it led a consortium of seven universities which secured a $15 million grant from NASA to carry out space research. From 2008, a partnership with Zhejiang University in China worked on sustainable energy. In 2012, over 30 UF physicists, postdocs and students played a leading part in the team whose experiments at the Large Hadron Collider established that the elusive Higgs boson really existed. The university continues to work with Spain on the world’s largest single-aperture optical telescope.

In 2014, the total number of students who had graduated from UF reached half a million. Notable alumni include actress Faye Dunaway, astronaut Kevin Ford and senior senator of Florida Marco Rubio.

Healing with the Arts