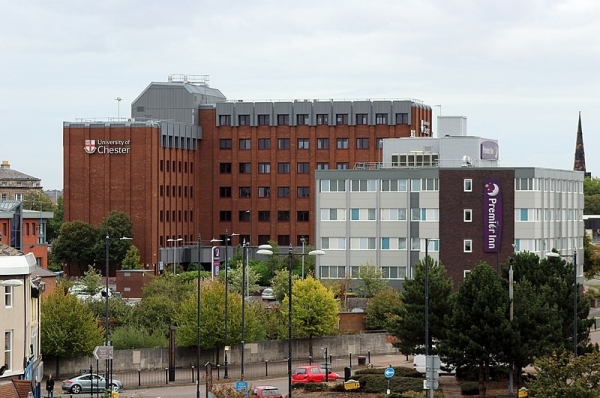 The University of Chester is the fifth oldest higher education establishment in England, with only the universities of Oxford, Cambridge, Durham and London outdating it.

It was opened in 1839 as a Church of England training college by a group of local Anglicans, including future British prime minister William Gladstone. This made it the first dedicated teacher training college in the United Kingdom.

The institution gained full university status in 2005 and now offers much more than educational training, with over 400 course combinations in a wide variety of subjects available. There are 19,000 students attending the university and 1,880 staff working there.

In addition to the historic Parkgate Road Campus, there are four further sites in Chester. These include Thornton Science Park, which is the home of the UK’s first new faculty of science and engineering in two decades. The university also has facilities in Warrington, Shrewsbury and Reaseheath.

Chester’s origins lie in the Roman era. It was founded as a fort in 79 AD and some of the ancient walls are still standing. Many of the buildings in the city are owned by the Duke of Westminster, Hugh Grosvenor, who is the world’s richest person under 30.

Some of the city’s night clubs and pubs are based in medieval buildings, while the city’s zoo is the UK’s largest with over 11,000 animals.