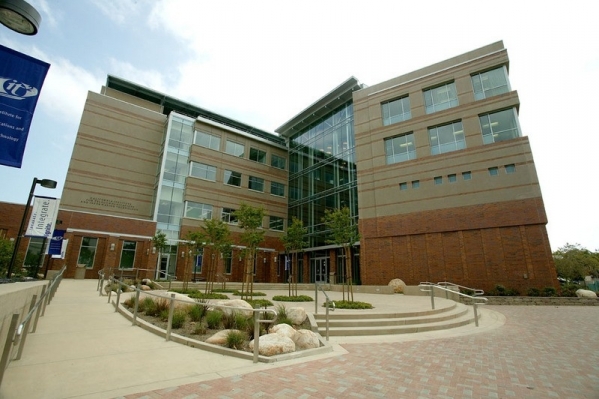 Established in 1965 and part of the University of California (which comprises 10 institutions), UC Irvine is the only research university in Orange County that’s in the Association of American Universities (AAU). Offering 192 degree programmes, the university attracts a total of over 30,000 students. Its main circular-shaped campus is centred around Aldrich Park, a landscaped area home to thousands of trees, and most of the academic buildings – known for their Brutalist architecture – are located on its edge. The UCI library system covers 350,000 square feet over four separate locations, collectively housing around 3.6 million books, 154,000 journals and serials, and 114,000 government documents, among other collections. The UCI campus also claims to be among the most green and energy efficient in the US. Its UCI Medical Centre is the only university hospital in the county. The faculty includes Nobel laureates and recipients of the National Medal of Science. UCI is responsible for bringing more than $300 million in annual research funding to the region, while its endowment is valued at over $500 million. The university holds the Guinness World Record for the world’s largest pillow fight, when 4,200 pillow-wielding students participated in an organised event on campus during its 2014 Welcome Week. Irvine also prides itself on its environmental and sustainability credentials – it has been ranked the no.1 greenest college in the nation, in successive years, by Sierra magazine. It’s also renowned for the world-famous guests it invites to speak on campus, including the XIV Dalai Lama, Jordan’s Queen Noor, British business magnate Sir Richard Branson, and United Nations messenger of peace Charlize Theron. The university’s mascot, an anteater named Peter, was chosen because it ‘embraces the power of being different’