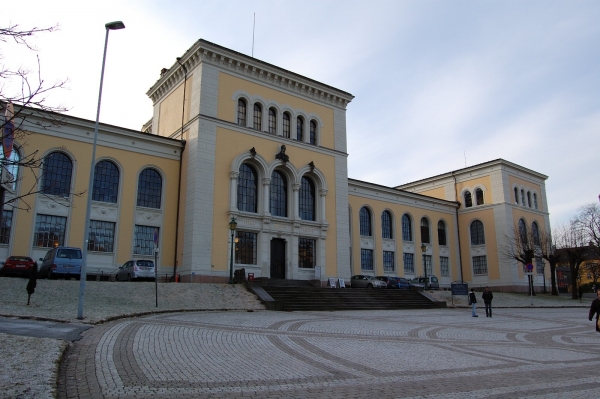 The University of Bergen was founded in 1946, making it Norway’s second oldest public university.

Today it employs 1,272 academic staff in six faculties serving 14,800 students, 59 per cent of whom are women while 11 per cent are international.

The institution is based on two main campuses in the city of Bergen: with natural sciences, social sciences, psychology, humanities, arts, law and mathematics being taught at Nygårdshøyden, while health-related subjects such as medicine and dentistry are taught at the Årstadvollen campus on the outskirts of the city, close to Haukeland University Hospital.

Research is flourishing at Bergen, which houses four Norwegian Centres of Excellence, funded by the Research Council of Norway, including the Birkeland Centre for Space Science and the Centre for Geobiology.

Bergen is Norway’s largest marine university, and the institution forms part of a marine cluster known as the Hjort Centre, which conducts inter-disciplinary research into changes in marine ecosystems.

Meanwhile the university’s Bjerknes Centre for Climate Research is the largest climate research hub in Scandinavia and is considered one of Europe’s leading centres in the field.

The University Museum of Bergen has some of the biggest collections relating to culture and natural history in Norway, including exhibitions about the Viking age, a whale hall and an area devoted to Henrik Ibsen and the time he spent as a stage director in Bergen.

The city itself sits on Norway’s southwestern coast, and is surrounded by fjords and mountains, making it an appealing place in which to study. Culturally, it also has plenty to offer, with more than 60 concerts and festivals taking place each year, including the Bergen International Film Festival.