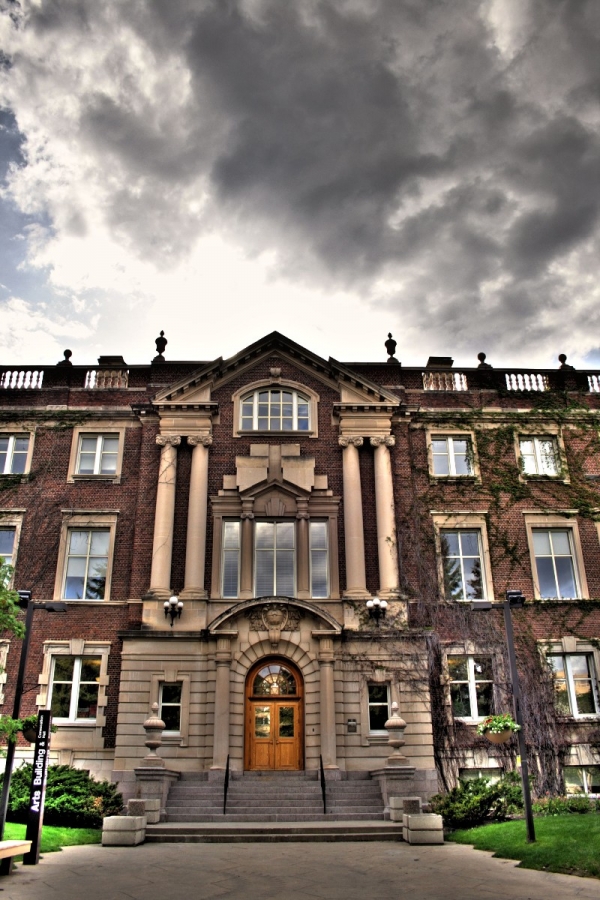 Established in 1908 in Edmonton, the capital of Alberta, the University of Alberta is a public research university in Canada, located at the edge of the North Saskatchewan River valley.

Its main campus spans about 50 blocks of the city, and the university comprises a total of 150 buildings spread over four campuses.

Edmonton is home to the world’s second biggest fringe theatre festival, a folk music festival, and the university’s ‘festival of ideas’.

Its South Campus focuses on agricultural research and is also home to a 32,516m2 sports centre, which incorporates various sports clubs, 14 varsity teams and the Canadian women’s national basketball team.

An hour’s drive away in rural Camrose is the Augustana Campus, a residential learning environment for liberal arts and sciences.

There is also Enterprise Square in downtown Edmonton which houses, among other things, the Alberta School of Business.

The university is the only one in Canada to offer programs in native studies, through which students can learn about the aboriginal experience, including language, culture, history and more.

It is also well known for its palaeontology research and its faculty includes world-famous dinosaur experts.

There are over 260,000 alumni of the university, who between them have founded over 70,000 organisations throughout the world, one-third of which have a cultural, environmental or social mission or are non-profit.

Alberta has produced one Nobel Laureate, four justices of the supreme court of Canada, including a chief justice, and housed 68 Rhodes Scholars, the highest number in Canada.

Introduction to the Arctic: Climate