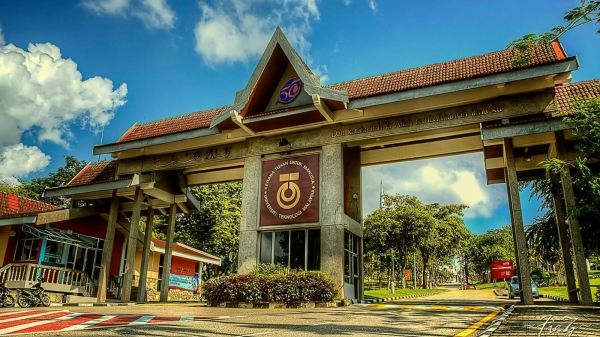 Universiti Teknologi Malaysia is a public research university with a focus on engineering, science and technology.

It offers courses in subjects ranging from architecture and accounting, to electrical engineering and Islamic studies.

UTM’s history stretches back to 1904 with the opening of a technical school that later became a college, then an institute, before becoming a university in the 1970s.

The institution has two campuses, one in the centre of the country's capital, Kuala Lumpur, and the other in the city of Johor Bahru, the state capital of Johor state, which is at the southern tip of peninsular Malaysia. The latter location is UTM’s main campus and there are 10 residential colleges at this site.

Sports facilities at UTM include a soccer stadium, which was opened in 2011 and can seat almost 40,000 people, an Olympic-sized swimming pool, and kayaking and horse-riding centres.

The motto of Universiti Teknologi Malaysia is “in the name of god for mankind” and its maroon and gold emblem is made up of an open book, symbolising the Koran; a round-bottomed flask, a symbol of science; a crescent, the symbol of Islam, and a golden circle, symbolising the universe.

The state of Johor, known for its beaches and rainforests, has a causeway connecting it with the city state of Singapore, while Kuala Lumpur boasts the Petronas Twin Towers, the National Mosque of Malaysia, and the Batu Caves.