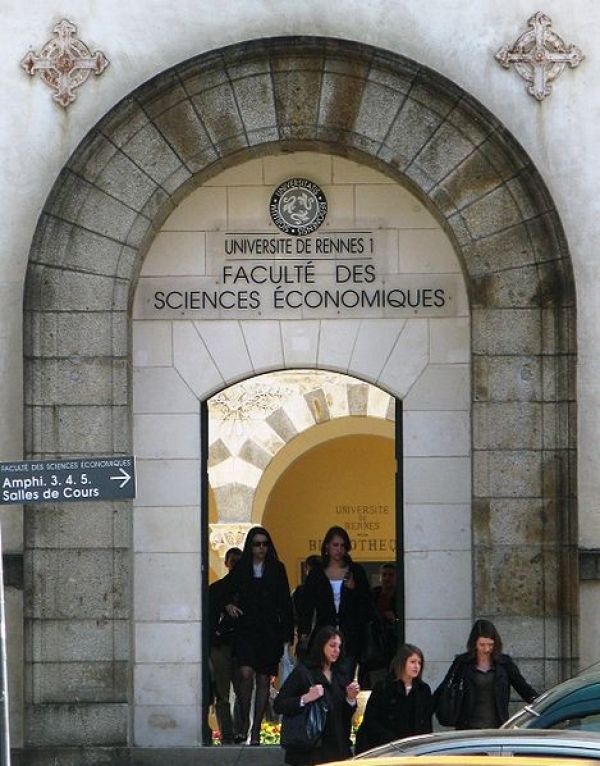 University of Rennes 1 is a public university in Rennes, the administrative capital of the northwestern French region of Brittany. The university has 10 faculties, two management schools, two engineering schools, four institutes of technology and a scientific observatory.

There is a student population of 29,000 at the University of Rennes 1, including nearly 3,200 international students. Around 1,000 students from the university go abroad to study at a partner institution or undertake an internship every year. The institution employs 3,700 staff members and awards around 250 PhDs annually. The majority of courses are in French, but there are 10 master’s degrees taught in English.

University of Rennes 1 was founded in 1970, splitting from University of Rennes 2 – Upper Brittany. However, it traces its lineage back to a University of Brittany that opened in the nearby city of Nantes in 1460, which moved many of its departments to Rennes in the 18th century before all universities were shut during the French revolution.

Rennes has a population of around 220,000 with students making up a third of that number. The city is known for its abundance of half-timbered houses and greenery. The music scene is well-renowned in France and there are several notable museums and galleries such as Les Champs Libres, La Criée and the FRAC. French magazine L’Express recently named Rennes the best city in France to live in besides Paris.