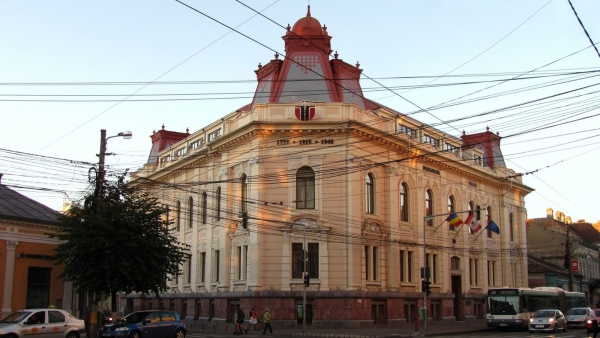 The Technical University of Cluj-Napoca is the largest technical university in Transylvania, Romania. It has run as its current form since 2012 but can trace its roots back to the formative days of the modern state of Romania.

Founded as an Industrial College in 1920, it went through four changes of name before spending most of the Communist era as Cluj Polytechnic Institute.

These nine faculties make up the modern university together with those of engineering, letters and science which cam from the North University of Baia Mare in 2012. The university also has extension centres in Alba Iulia, Bistrita, Satu Mare and Zalau.

Since 2007 it has been a member of the Francophone Universities Association and in 2011 was recognised as one of Romania’s 12 Advanced Research and Education Universities. It has set itself the goal of becoming "a significant player both at national as well as an international level".

Research centres include the CERTETA Sheet Metal Technology centre established in 2000. The university has formed significant partnerships with international companies in Cluj-Napoca. In 2017 Porsche Romania supported the creation of a master's course in advanced technology and automotive engineering, while Bosch Global have sponsored an autonomous driving course and Google Romania has set up a digital workshop for programmers.