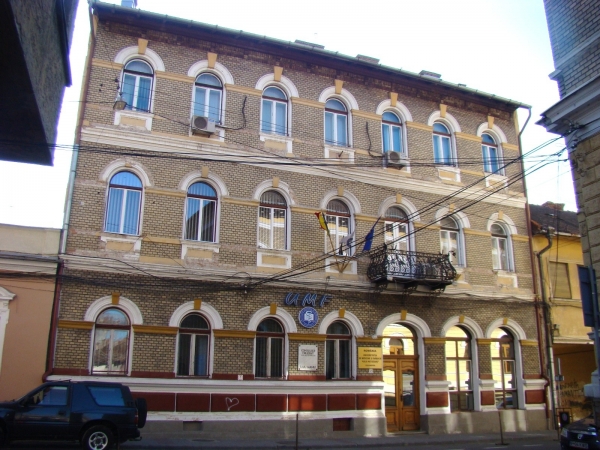 A state institution, Iuliu Haţieganu University of Medicine and Pharmacy Cluj-Napoca is the inheritor of a tradition of medical education in the Romanian border city of Cluj-Napoca, which long predates its own foundation as a Romanian-medium faculty of medicine in 1919. It was the first in Transylvania, in the immediate aftermath of the region’s annexation from Hungary at the end of the First World War.

That tradition dates back until 1775, and in the years before 1918 was carried out under the auspices of the Franz Josef University, Kolasvar – the city’s name under Hungarian rule. Its trajectory in the century since has continued to reflect regional political vicissitudes, with the Franz Josef name restored under occupation between 1940 and 1945, the creation of an independent medico-pharmaceutical institution under the Communists in 1948 and renaming as the University of Medicine in 1990.

Two years later it took the name of Haţieganu, a specialist in tuberculosis who was the first dean in 1919, rector of the University of Cluj in the 1930s and defied the Communists by declining an offer to treat Stalin in 1952.

As of 2018 it recruits just under 2,000 students annually into its faculities of medicine, dentistry and pharmacy, with small quotas allocated to Romania’s Roma population and candidates from rural schools. Classes are offered in Romanian, English and French, and the connection with the Francophone world is particularly strong.

An affiliate of the Agence Universitaire de la Francophonie, it has a French-speaking contingent of more than 1,000 students. This connection led to the conferring of France’s Order of Merit on medical dean Anca Buzoianu in March 2018.

Category of Education Medicine and Healthcare