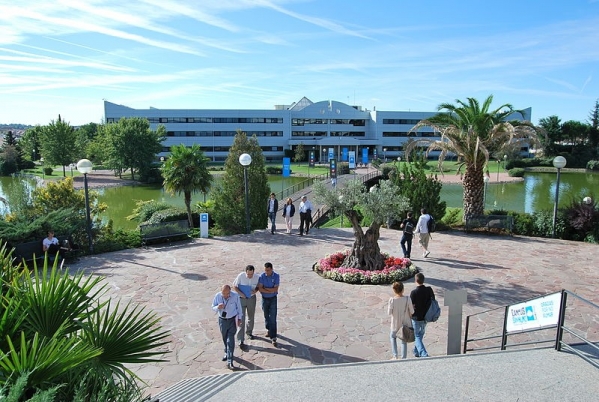 The European University of Madrid was founded in 1995, and is part of the Universidad Europa group, which has four universities across Spain, in Madrid, Valencia and the Canary Islands. There are two Madrid campuses: Villaviciosa and Alcobenas.

The university offers undergraduate, post-graduate and doctorate courses in a range of courses, including law, architecture, medicine, gaming and languages. Courses are offered at undergraduate and postgraduate level, as well as career and technical studies.

There are two Madrid campuses: Villaviciosa campus specialises in practical learning and skills, whereas Alcobenas campus aids students with skills to start and run businesses. Students can choose to study in French, English or Italian. The Language Centre offers curricular and extracurricular languages to students including English, German, Chinese, French, Spanish, Italian and Portuguese.

The Dulce Chacon Library is where students can access online and physical materials to assist with their studies. As well as the library, the Madrid campuses have student work rooms, study rooms, laboratories, a sports complex and free medical centre. Students can choose to join student clubs, including video games, soccer and theatre clubs.

The university encourages and promotes the development of young entrepreneurs, offering 2,000 Euros to help students build a project, with awards given each year to successful students. There is also a week-long training event that is taken by industry professionals.

Madrid is Spain’s capital city and acts as the political, economic and cultural hub of the country. The city has several historically-significant sites, such as the Plaza Mayor, Royal Palace and Royal Theatre. The city has a wealth of museums, including the Golden Triangle of Art and Thyssen-Bornemisza Museum.