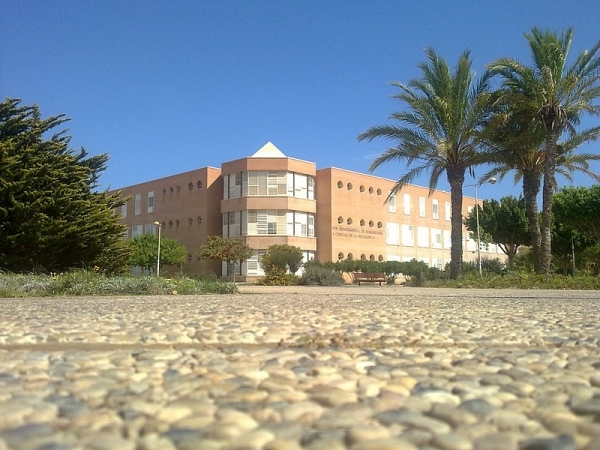 Created by the Parliament of Andalucía in July 1993, the University of Almería (UAL) campus is located six kilometres from the large town of Almería (population: 50,000-249,999) on the south-eastern coast of Andalucía.

The aim of this public university is to activate social change, through economic, cultural and social development of Almerían society, delivering the teaching staff and methods that best fit its historical, economical, and cultural profile.

Some 5 per cent of the student body is made up of international students. All of them are offered a 60-hour Spanish language course before they begin their studies.

The University of Almería’s Polyphonic Choir was founded in 1994 and is made up of university students, led by José Luis Martínez (previously director of Almería’s Vírgen del Mar Choir). Studying, interpreting and diffusing polyphonic choral music of all styles and eras, the choir also takes part in musical outreach programs in conjunction with Almería City Council, Almería Province Council, and the Ministry of Culture of Andalucía. The choir travels all over Spain to perform and has featured in several television shows, as well as having its own CD.

One of the big draws of UAL is its location – it lies below a Moorish fortress, the Alcazaba, and at the foot of a mountain range. The city of Almería itself boasts a bustling port and an historic old town. The semi-arid desert climate means it receives the most sunshine (almost 3000 hours annually) and the least rainfall in Europe. There are several idyllic beaches, natural parks and typical Andalucían villages to visit in the region.