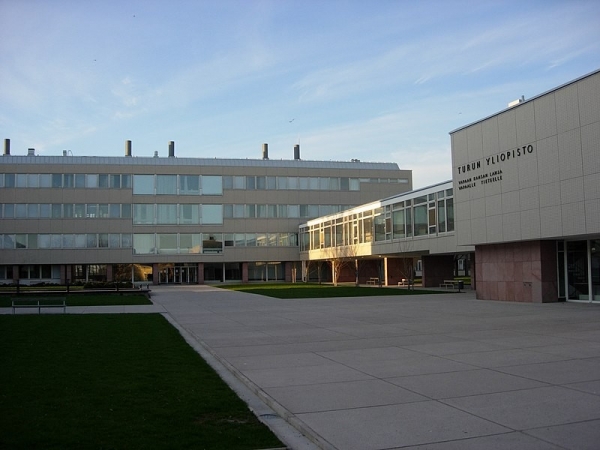 Founded in 1920, the University of Turku (UTU) is located in southwest Finland in the city of the same name. By student enrolment numbers, it is the second largest university in the country after the University of Helsinki.

Today, there are close to 20,000 students at UTU, which includes 2,000 postgraduate students are over 1,000 from overseas. It offers study and research opportunities in seven faculties and seven independent units, with subject strengths in humanities, economics, medicine and social sciences.

The university has a presence in several areas of Finland, from Lappland to the Finnish Archipelago Sea, although its main operations are in Turku, Pori and Rauma.

The main campus at Turku is complete with a cathedral, railway station, restaurants, libraries, bars, cafés, shops and more. Due to existence of other higher education institutes in the city, the total student population in Turku is around 40,000. The University Hill is at the heart of the campus. The main building, central square and surrounding buildings were designed by architect Aarne Ervi who was an important Finnish designer in the post-World War II period.

The campus at Pori houses the Faculty of Humanities and offers programmes in Cultural Production and Landscape Studies. It also features the School of Economics where postgraduates can complete master’s programmes.

The main building is an old cotton factory by the Kokemäki river and very near the city centre. While the old exterior of the factory remains, the inside has undergone a complete makeover and modernisation.

At the Rauma campus, students focus on teaching and learning through the Department of Teacher Education, where the focus is on primary and pre-primary education.

To commemorate the 22,040 donors whose funds first helped to establish the university, UTU produces its own alcoholic drink called ‘22040’, which is made from cloudberry, rowan and sea buckthorn.