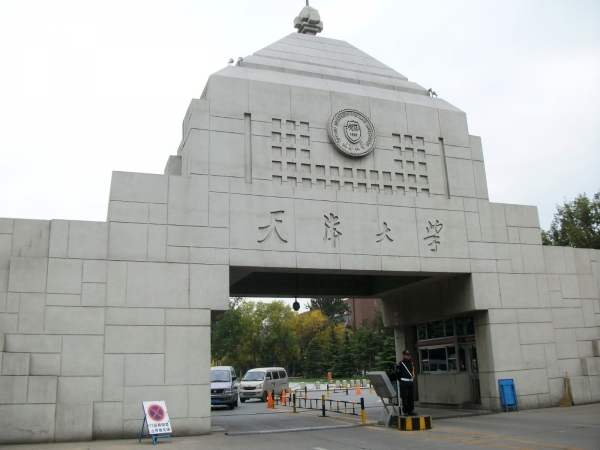 The first modern university in China, Tianjin University (previously Peiyang), is a National Key University that falls directly under the administration of the Ministry of Education in China. It was given its current name in 1951 following the Chinese Revolution just two years prior.

Although not confined to these areas, the university operates with a specific focus on engineering integrated with science, liberal arts, business and law. The student population is more than 30,000, with 57 bachelor programmes for undergraduates to choose from. As well as this, it offers 35 master’s degree programmes, 27 doctoral degree programmes and 23 post-doctoral research programmes.

The annual amount of funding that Tianjin receives from the National Natural Science Foundation is frequently among the most among China’s other engineering institutions of higher learning. The university’s Science and Technology Park, built in 2001, is just one of 22 that exist in China.

The university motto is ‘Seeking truth from facts’ and its guideline is ‘Precise in learning, strict in teaching’ – commitments which are reflected in the many awards the university has accrued in recent years. In 2005, for example, Tianjin won awards for 50 of its research projects with three receiving the Top Ten Scientific and Technological Development Award among all Chinese Universities, while 435 of its projects have won awards at provincial and ministerial levels.