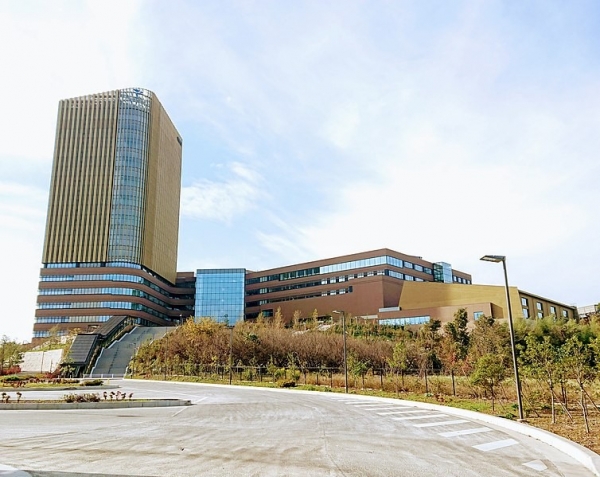 Teikyo University is a private university headquartered in the Itabashi ward of Tokyo, Japan, established as a university in 1966 from what was previously the Teikyo Commercial High School.

Starting with just two faculties, in economics and liberal arts, today it has 10 faculties in three fields: medicine, humanities, and science and technology, as well as 10 postgraduate streams.

Total enrollment is about 24,000 students over five campuses in Japan, with the majority of these enrolled at the Hachioji campus in West Tokyo, which has a focus on humanities and liberal arts. This campus houses a martial arts centre. The headquarter campus, Itabashi, houses the Teikyo University Hospital and the School of Medicine training centre, used for diagnostics training and clinical training with simulator dolls. The other campuses are in Fukuoka, Utsunomiya and Sagamiko-machi.

The university is part of the Teikyo Group, a multinational educational foundation that also operates language and cultural exchange facilities in various countries, including the Teikyo University of Japan in Durham, located on Durham University’s campus, Teikyo University Berlin Campus in Germany, and Teikyo Loretto Heights University in Denver, Colorado, USA.