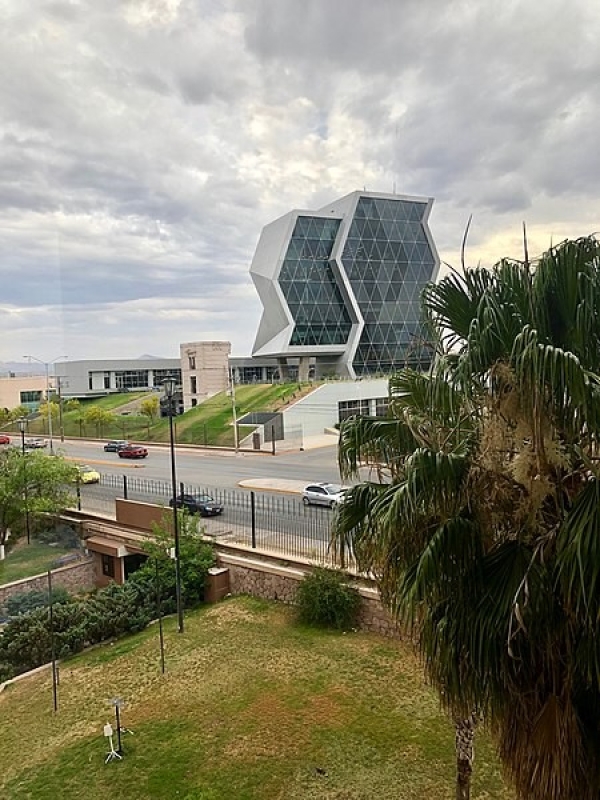 Number One Private University In Mexico
Through educational experiences Tecnológico de Monterrey form people who become agents of change willing to be even more competitive in order to benefit all, with a clear focus on being instead of having, on serving others instead of possessing things; people who are responsible for their own lives, aware of the fact that their actions may promote the transformation of others.
We base our differentiation in four pillars: Our Educational Model, the Entrepreneurship Culture, the Social Responsibility and the Research Activities.
About Us
Tecnológico de Monterrey is a private university system founded in 1943 in Monterrey, México. It is a comprehensive university offering PhD, master, undergraduate, and high-school programs in Engineering, Management, Social, Arts and Human Sciences, and Medicine.
It holds 31 campuses located across 25 cities in the country, and 22 liaison offices in 15 countries. In each campus there are modern and innovative facilities, creating a balance between studying and recreation.
Its academic programs are accredited by international accreditation agencies such as SACS - Southern Association of Colleges and Schools, CACEI - Council for Accreditation of Engineering Education, ABET - Accreditation Board for Engineering and Technology, CACECA - Accreditation Council on the Teaching of Accounting and Administration, AACSB, AMBA, EQUIS, among others. Academic programs are also accredited in Mexico by National Council for Science and Technology CONACYT.
The prestige enjoyed by Tecnológico de Monterrey since its foundation, stemming from the culture of entrepreneurship, work, efficiency and responsibility that it fosters its students, motivated its graduates, who come from diverse regions of Mexico, to promote the presence of Tecnológico de Monterrey in their hometowns. This gave the Institution significant insight into the diverse regional needs, enabling it to prepare professionals who can resolve them, without uprooting them from their hometowns. Moreover, as a nationwide institution, Tecnológico de Monterrey accepts its responsibility to provide a valid response to the country’s foremost challenges. 94% of our graduates are employed with 12 months of graduations and some of Tecnológico de Monterrey’s alumni are now directors in successful companies in Mexico and Latin America, while the presence of its graduates in key government and public administration positions is constantly growing.
Research
At Tecnológico de Monterrey we combine two research approaches with open international collaboration: “knowledge driven creation” and “society driven innovation”. Our researchers have a responsibility towards value creation based on our scientific research that addresses society´s demands.
But they also have to advance scientific knowledge to create new concepts, theories, and paradigms to advance the understanding of the world and the universe. We are committed to undertaking research to educate, innovate and transform in order to transcend in this lifetime. Tecnológico de Monterrey has decided to focus this scientific activity on eight main strategic research areas, encouraging innovation, knowledge generation and knowledge transfer, with the goal of trying to solve México’s and worldwide problems. These eight strategic areas include: biotechnology and food; mechatronics and engineering; information technology, sustainability; public policy; business; medicine; and education, the humanities and the social sciences.
Tecnológico de Monterrey´s research program is based on its flagship campus at Monterrey and operates through six schools constituted by research professors from the research campuses (Tecnológico de Monterrey at Monterrey). The schools are: Business School, School of Social Science and Government, School of Medicine, School of Engineering and Sciences, and the School of Humanities and Education, School of Architecture, Art and Design.