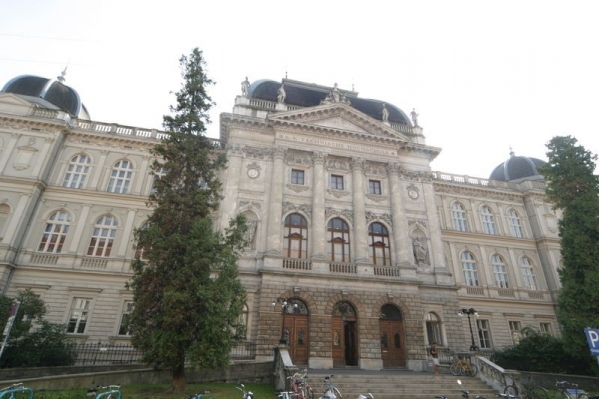 Dating back to 1811, Graz University of Technology (TU Graz) is a respected institution specialising in technical and scientific subjects.

The university was founded by Archduke Johann, who donated his extensive scientific collection to found an institution in Graz. Over 200 years the university has developed extensively, from opening its doors to women in 1919 to launching cooperative programmes with China in 2016.

When it opened in 1811, the university was based out of the stunning 16th century Lesliehof building. However, the university soon outgrew these premises. It has since expanded to three campuses in and around Graz: Alte Technik, Neue Technik and Inffeldgasse.

TU Graz has produced several notable scientists, including the Nobel Prize winning chemist Richard Zsigmondy, the inventor Hans List and battery scientist Karl Kordesch. The world famous scientist Nikola Tesla was a star pupil of the university during his first year, but subsequently dropped out after developing a gambling addiction.

Graz is the capital of the Austrian state of Styria and the second-largest city in Austria. Despite its size the city has a laid-back feel, full of parkland and coffee shops. As well as TU Graz, there are three other universities around the city, and the thousands of students contribute to a lively cultural scene and nightlife.

TU Graz has very modern facilities that offer many tech advancements and amenities, while being situated in the center of the beautiful city of Graz. That is where all the positives end. The university is perfect for someone who likes to do...

TU Graz has very modern facilities that offer many tech advancements and amenities, while being situated in the center of the beautiful city of Graz. That is where all the positives end. The university is perfect for someone who likes to do things in the most complicated way possible, while receiving nothing in exchange. The interaction between students and professors/assistants/workers in different departments is nonexistent, very slow and cumbersome. Simple questions are never answered directly, but rather in the way of transferring you between different people who “can” answer it, while in reality everybody can resolve it but nobody cares to do it. The teachers just come to give their lecture and then mysteriously disappear until the next lecture. This lack of communication is further enhanced by the fact that the online portal is ancient, unnecessary complicated and unintuitive to use. While there was an update of the site for the last semester, it still remains completely unusable. The students find new menus, options and hidden buttons every day and this causes a multitude of complications. Also, the lectures and the exercises have nothing in common. The lecture teaches about one thing, while the exercise about another. And they are not further enhancements of each other, just different chapters of the script for the year. For example in one of them, we are being taught the beginning of the script, while the other focuses on the middle part of it, which is ridiculous because most of the chapters in the scripts are connected to each other. On another note, the majority of the students are extremely narrow-minded and don’t even try to make any type of social interaction. Everybody lives, stays and studies in absolute loneliness, which benefits the utterly depressing atmosphere on campus. Lastly, but definitely not on the last place, the final exams are scheduled absurdly. Last semester I had 4 exams in a week and 2 of them were in the same day. And the next exam was in the middle of our break two weeks after the other exams. It is impossible to finish all the subjects for a semester in one semester because they always overlap, keeping in mind the extracurricular activities are mandatory and are never scheduled so that one can visit all of their classes. These and more personal reasons are why the beginning of next year I will no longer be studying there.