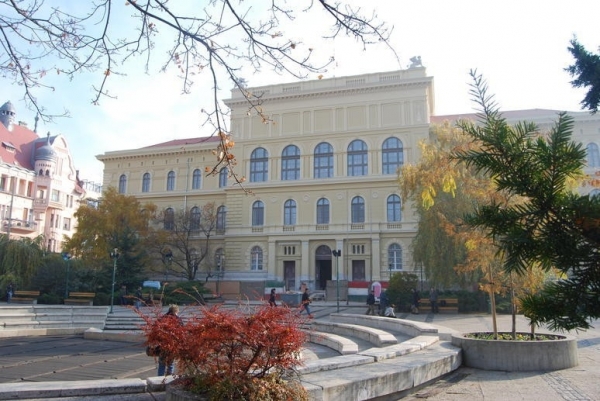 The University of Szeged is a large research university located in Hungary’s Southern Great Plain.

It offers undergraduate, graduate and doctoral programmes across 12 faculties, spanning the arts, humanities, sciences and medicine.

Around one in 10 students are drawn from overseas, with around 100 countries represented in the student body, and a number of academic programmes are offered in languages other than Hungarian, including English and German.

The institution also has a strong reputation for industry collaboration and innovation, and hosts one of Europe’s most advanced laser research centres.

Following the collapse of the Austro-Hungarian Empire, the institution moved to Szeged in 1921 as Franz Joseph University and shortly afterwards its most notable academic, Albert Szent-Györgyi, started work. He was awarded the Nobel Prize in physiology or medicine in 1937, for identifying vitamin C and extracting it from paprika.

Franz Joseph University moved back to Cluj-Napoca in 1940 so the University of Szeged was formed in the old premises, mainly employing former staff Franz Joseph staff.

In 1962, the Szeged institution took on the name Attila József University, honouring a Hungarian poet who had been a student during the 1920s.

The name University of Szeged was readopted in 2000, when the university merged with a series of other higher education institutions in the city, including Albert Szent-Györgyi Medical University and Gyula Juhász Teacher Training College.

Szeged is Hungary’s third-largest city, with a population of around 170,000.