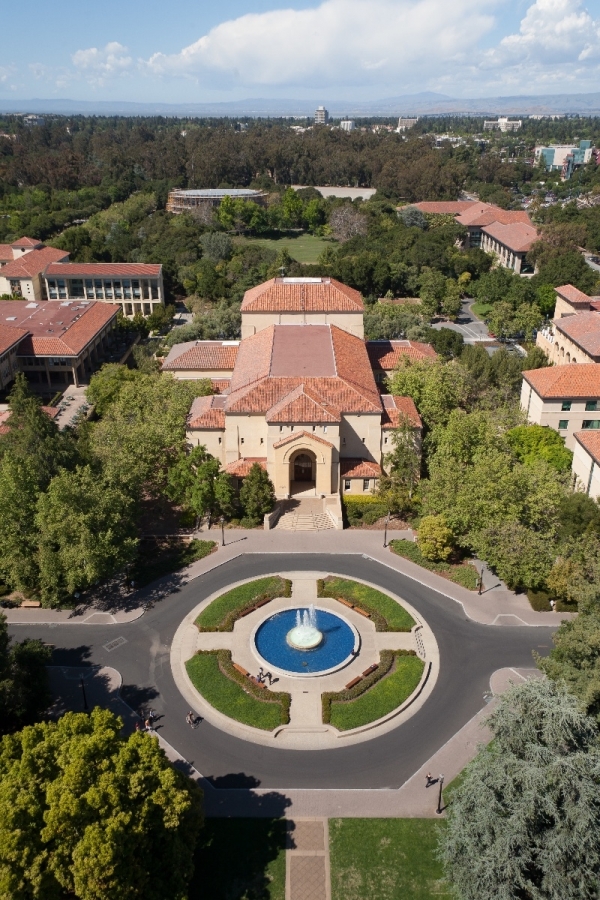 Located in the heart of Silicon Valley, Stanford University was founded in 1885 by Jane and Leland Stanford, “to promote the public welfare by exercising an influence in behalf of humanity and civilization.” Since opening in 1891, Stanford's faculty and students have worked to improve the health and wellbeing of people around the world through the discovery and application of knowledge. Breakthroughs at Stanford include the first successful heart-lung transplant, the debut of the computer mouse, and the development of digital music.

Stanford has more than 16,300 students, 2,180 faculty and 1,800 postdoctoral scholars. Stanford is an international institution, enrolling students from all 50 U.S. states and more than 90 other countries. It is also an athletics powerhouse, with 900 current student-athletes and a history of 137 national championships and 23 consecutive Directors’ Cups, awarded to the top intercollegiate athletics program in the nation.

Stanford counts 19 Nobel laureates within its community today and numerous famous alumni associated with the university from the worlds of art, social sciences, business, politics, humanities, media, sports and technology. The 31st president of the US, Herbert Hoover, was part of the first class at Stanford, and received a degree in geology in 1895. The alumni include 17 astronauts, 18 Turing Award recipients and two Fields Medalists.

In total, companies founded by Stanford affiliates and alumni generate more than $2.7 trillion annual revenue, which would be the 10th largest economy in the world. These companies include Google, Nike, Netflix, Hewlett-Packard, Sun Microsystems, Instagram and Charles Schwab. Stanford alumni also have founded nonprofit organizations like Kiva and SIRUM. The first American woman to go into space, Sally Ride, received an undergraduate degree in physics from Stanford in 1973. Just 10 years later, she made her ascent into space.

Divide and Conquer, Sorting and Searching, and Randomized Algorithms