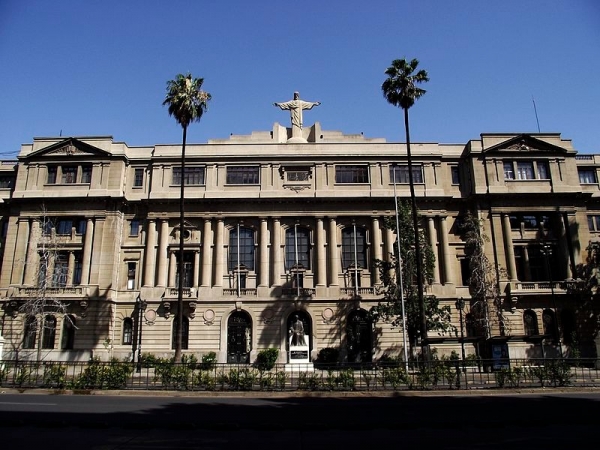 The Pontifical Catholic University of Chile is regarded as one of the best universities in South America.

Established in 1888 by the then archbishop of Santiago and receiving the blessing of Pope Leo XIII a year later, UC is one of six private Catholic institutions in the country.

Originally teaching law, mathematics, legal sciences and physical sciences, its Faculty of Theology was created in 1935, and it later made courses in available in subjects like philosophy, commerce, education sciences and technology.

With four of its campuses based in Santiago, Chile’s capital and most populous city, and the fifth is located in Villarrica next to the city’s eponymous lake, UC hosts an increasing number of international students and develops a significant proportion of the nation’s research.

UC’s growth and success in some ways epitomises Chile’s rise since its 18 years of military dictatorship came to an end in 1990. Now attracting more applicants than any of the country’s other universities, UC has even topped South American league tables as well as performing outstandingly in subject rankings for mathematics, physics and economics and management.

Santiago is relatively safe, has the second biggest metro system in Latin America - with more than 100 stations - and is a relatively affordable place compared to most capital cities in Europe and North America. Its highlights include views of the Andes, several scenic parks, a buzzing nightlife and a booming arts scene.

Its alumni include former presidents of Chile Sebastian Piñera and Eduardo Frei Montalva.