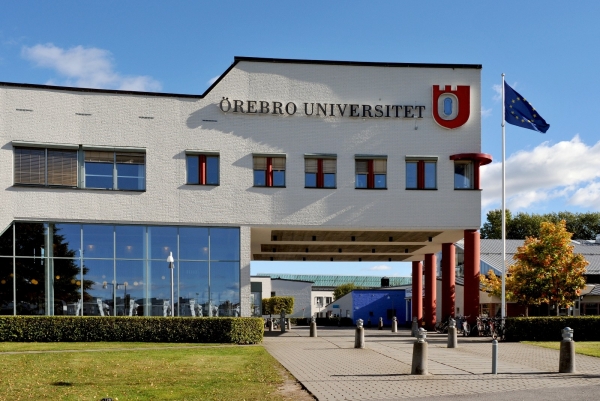 Örebro University was established in 1999, although it can trace its roots back to a number of higher education programmes in Örebro which developed in the 1960s onward.

As a young university, Örebro prides itself on its modernity and broad range of academics. Over 80 undergraduate and master’s degrees are available with some 600 variations.

The university also has a broad range of research programmes. They investigate over 35 different subjects in the arts, humanities, sciences and technology, in environments ranging from the Cardiovascular Research Centre to a forum for Narration, Life and Meaning.

Four campuses accommodate the different divisions of Örebro University. The main campus is located in Örebro itself. The university medical campus, Campus USÖ, opened in 2014 directly adjacent to the university hospital. The university Science Park and culinary school are located on two sites outside of Örebro.

The city of Örebro sits between Stockholm and Gothenburg, making it easily accessible and, in return, giving easy access to the two largest cities in Sweden. Örebro itself is the seventh-largest, making it walkable and safe without losing out on attractions. There are plenty of cafes around the university where students can get a fika – coffee and cake – with friends or as a study break.