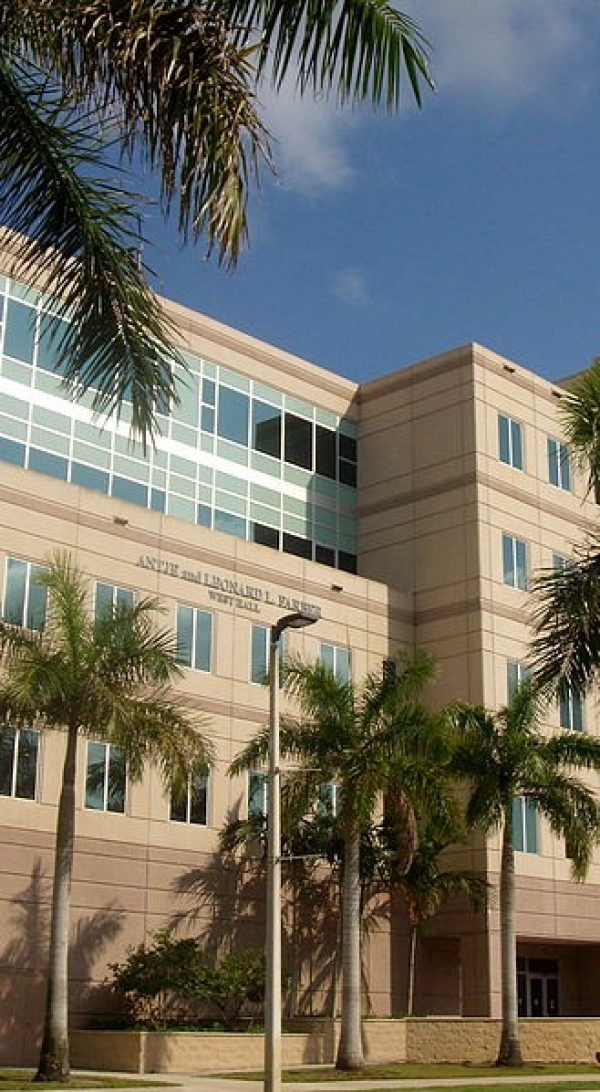 The university started in 1964 on a former airfield in Fort Lauderdale and was, for some time, associated with New York Institute of Technology. The merger, incorporating Southeastern’s schools of Osteopathic Medicine, Pharmacy, Optometry and Allied Health, created an emphasis on medicine and associated disciplines still evident in 2019 in eight out of its 18 schools including the School of Allopathic Medicine, which opened in 2017.

Most of the 20,793 students enrolled in 2019 were based at the 314 acre Davie Campus, next to Florida Atlantic University. There are seven satellite sites elsewhere in Florida, plus a Puerto Rico campus opened in 2014.

In 2016 Times Higher Education listed it among 20 universities capable of becoming world-renowned by 2030 The university also garnered a lot of attention through its "Be Dominant" branding, speaking of the "NSU Edge" and using images of sharks – the nickname of the university sports teams playing in NCAA Division II.

There are notable research strengths in oceanography and coral reefs. In 2008 the university hosted one of the world’s largest ever symposia on reefs, with representatives from 75 countries. A recurring $15m federal grant for work on reefs has been central to the work of the Centre for Excellence for Coral Reef Ecosystems Science Research, a $50m facility.

The campus has hosted pre-season training for the Miami Dolphins National Football League team since 1993 and alumni include baseball player JD Martinez, a 2018 World Series winner with the Boston Red Sox.