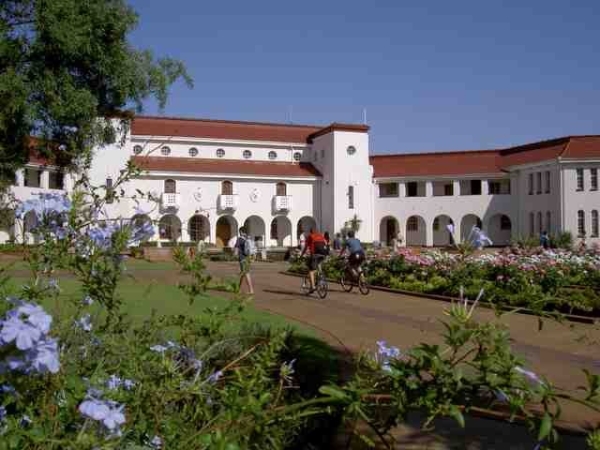 It retains the campuses that it inherited in Potschefstroom, the Vaal Triangle and Mafikeng and continues to emphasise the links between the three. In 2019 a project was unveiled which intended to create symbolic interactive artworks for each campus.

It aspires to be "an internationally recognised university in Africa, distinguished for engaged scholarship, social responsiveness and an ethic of care”.

In 2018 it was the second largest university in South Africa, behind only the giant multi-campus University of South Africa, with 68,000 students of whom two-thirds are women and two-thirds African. Among the eight faculties – economics and management, education, engineering, law, health sciences, theology, humanities and natural and agricultural science.

Multilingualism in English, Afrikaans and Setswana is enshrined as university practice, enabled where necessary by classroom interpreters.

The five Research Centres of Excellence include the Centre for Space Research while the 10 research units include those focussing on tourism and on reformation theology. The Farm Labour and General Health programme (FLAGH) aims to improve nutrition in rural families while The Centre for Community Law offers legal advice.

There is a strong sports tradition, with plans for the creation of South Africa’s first multi-surface tennis centre – 10 hard courts, five clay and two grass.