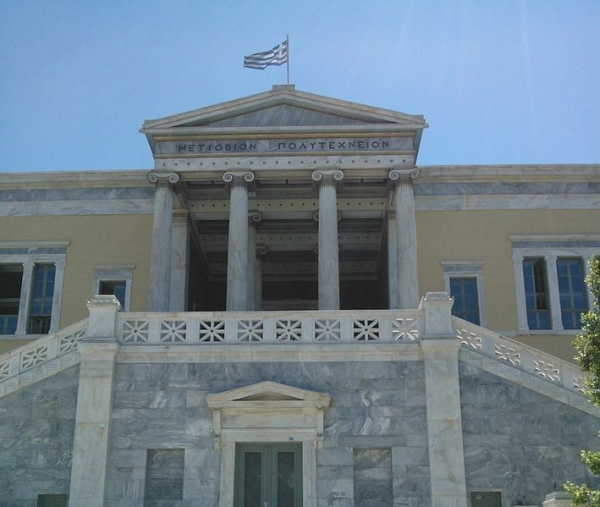 A state institution better known as Athens Polytechnic, the National Technical University of Athens history is as entwined with Greece’s political history as its academic heritage.

Founded in 1837 as the Royal School of Arts, it took the polytechnic title in 1862 and in the early 1870s moved to the Patision complex in the centre of Athens. This site became renowned as a centre for the Greek resistance under Nazi occupation during the Second World War and, in 1973, for the uprising which signalled the overthrow the following year of the "Colonels" military dictatorship.

There is a monument to the 23 killed in the uprising on the campus, while the colourful graffiti of the surrounding district testifies to a continuing political ambience.

While the school of architecture continues to operate from the neo-classical buildings of the old campus, the other eight schools, seven of them varieties of engineering, are based on the 190-acre Zografou campus.

Students are recruited via Greece’s school-leaving examination, most scoring in the top five per cent. The university is believed to have produced around 40 per cent of Greece’s active engineers.

Ranked fifth in the Nature Index for Greece for 2018, it had six physicists listed in a survey of the 200 most cited scientists in the world. A number of current researchers lead a European Union project seeking pathways to a low carbon economy, and are heavily involved in the Fit4Reuse programme, led by the University of Bologna, aimed at finding unconventional water resources for agriculture in Mediterranean countries.