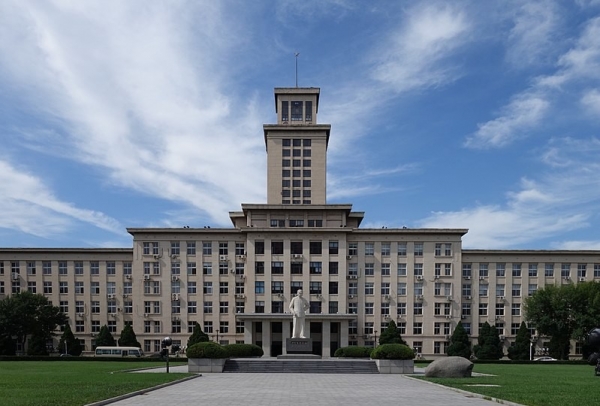 Nankai University is a key multidisciplinary and research-oriented university directly under the jurisdiction of the Ministry of Education, located in Tianjin on the coast of the sea of Bohai. It is also the alma mater of our beloved late Premier Zhou Enlai. During the Anti-Japanese war (1937-1945), Nankai, Peking (Beijng) and Tsinghua (Qinghua) universities united in Kunming to form the renowned Southwest Associated University, widely acclaimed as The North Star of Higher Learning across China.

The University was established in 1919 by the famous patriotic educators Zhang Boling and Yan Xiu. Since its founding, the University has adopted as its official motto, “dedication to public services, acquisition of all-round capability and aspiration for daily progress” (or “commitment and capability” in short). Over the century, it also developed the legacy of patriotism, dedication,innovation and team spirit, and the philosophy of art to regulate the country, science to strengthen it and business to enrich it and set its mission on knowing China and Serving China. Guided by these founding principles, the University is committed to cultivation of talent and pursuit of academic excellency for the well-being of the nation and the cultivation of civilization and building itself into a world top university.

As one of the comprehensive university with the widest range of disciplines, the University is best known for its balanced programs of liberal arts and sciences, a solid foundation and a particular emphasis on application and innovation. NKU faculty is diverse,  energetic, skillful and highly talented, and productive, achieving many widely acclaimed research results, and capable of granting a complete offering of degree programs ranging from undergraduate, postgraduate doctoral and post-doctoral. Building on its diverse disciplines, talent pool and high-tech expertise, the University has served the needs of the national and local eco-socio development.

Bachelors in Information and Computational Science