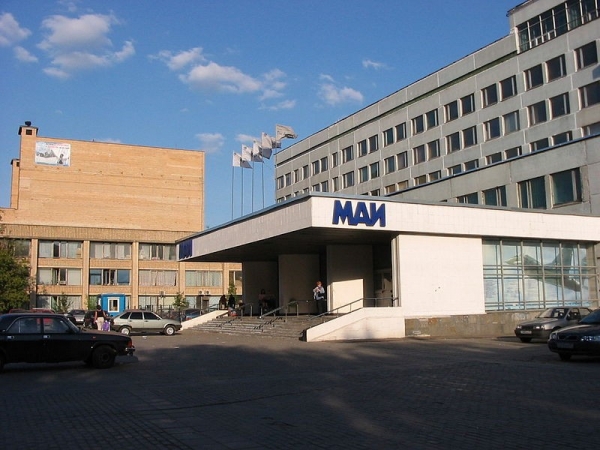 Moscow Aviation Institute (MAI) is one of the leading aerospace universities of the Russian Federation. It dates back to the 1920s and took numerous names and forms through the Second World War, Space Race and Cold War.

Increasingly becoming more international in focus, MAI became a National Research University in 2009. In September 2015 it launched a bachelors in aircraft construction where foreign students are trained in English for four years. Meanwhile, a contract on joint degree programmes with Nanjing University of Astronautics and Aeronautics was also signed.

Since its founding, more than 160,000 specialists have graduated from MAI. They include general and chief designers, heads of research and design organisations of aerospace and other industries, academicians and corresponding members of the USSR Academy of Sciences and the Russian Academy of Sciences, cosmonauts, aircraft test pilots, Olympic champions, world champions in various sports, prominent politicians, ambassadors, and heads of major banking institutions and enterprises.

There are currently over 22,000 students across 12 faculties, institutes and five branches and across 30 bachelor’s programmes, 11 master’s programmes, nine programmes for specialist training and 18 postgraduate programmes.

Meanwhile, research priorities for postgraduates are: aviation systems; space and rocket systems; power systems; IT; new materials and manufacturing technologies and diversification of aerospace complex technology application. Research aims are assisted by MAI’s recourse to: resource centres and research laboratories; design bureaus (including ones for students); a mission control centre; experimental pilot plant and an airfield.

MAI links with a wide range of businesses both across Russia and internationally.

It is the only university in the world that has a light aircraft developer certificate and license. MAI has designed and developed more than 20 different types of aircraft.

In terms of facilities for student life, there are 23 canteens and cafes, eight sports complexes, a gym, a laundry, a stadium, a kindergarten, "a palace of culture" and medical centre.