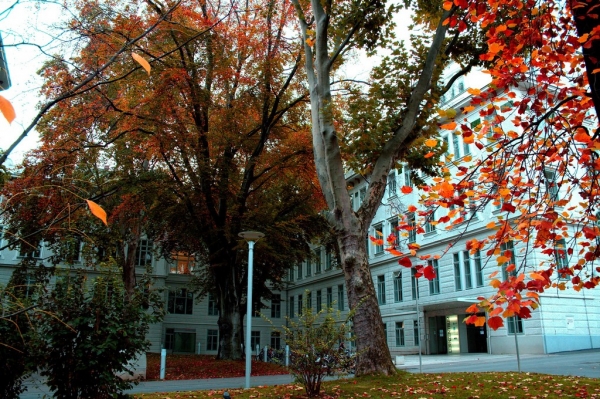 The university has two undergraduate degree programmes – one in medicine and one in dentistry. It also offers a medical informatics master’s programme, which combines IT with biomedical research and medicine; 16 different PhD programmes in basic science research; 10 different doctoral programmes in applied medical science; and 18 other postgraduate courses.

The university has 84 accredited teaching hospitals and two teaching departments. Since 2014, undergraduate students at the university undertake an internship at one of the hospitals in their final year.

The institution defines its approach as a “triple track strategy” as it combines research, education and patient care. It has special programmes and measures aimed at encouraging and supporting women to choose scientific careers.

One of the highlights of the university’s campus is its Josephinum building, which was built in 1785 during Joseph II’s reign and is considered one of the most significant examples of neo-classical architecture in Vienna. It is now home to a range of collections on the heritage of the university and houses the Museum for Anatomical Wax Models.

The Medical University of Vienna is affiliated with four Nobel laureates, including Robert Bárány and Julius Wagner-Jauregg; they received prizes in physiology or medicine in 1914 and 1927 respectively.

The city of Vienna is known for its rich culture and history, opera houses, and famous coffee houses, which have been listed as an intangible cultural heritage by UNESCO since 2011.

The Focuses of the Dentistry Degree Programme

The Focuses of the Medicine Degree Programme