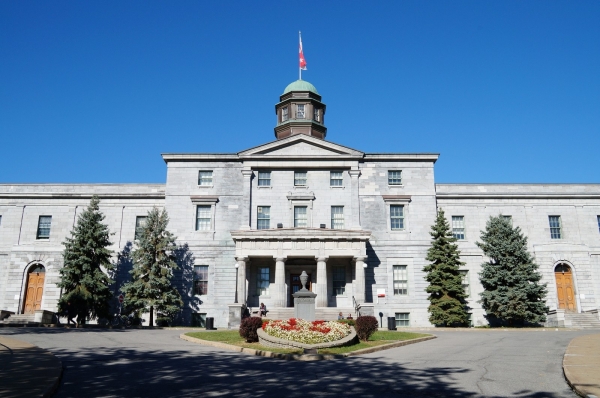 McGill is the oldest university in Montreal and one of just three English-language universities in Quebec. It is a public research institution that takes its name from Glaswegian merchant, James McGill, whose bequest in 1813 led to the formation of McGill College. In 1829 it was established as the nation’s first faculty of medicine. The university is made up of 11 faculties, with 11 schools, all housed in 300 buildings. It caters for roughly 40,000 students, 24% of whom come from over 150 countries. This makes it the most internationally diverse medical-doctoral university in Canada. It offers degrees and diplomas in over 300 areas of study. McGill has an alumni network of roughly 250,000 living in over 180 countries. These include singer-songwriter Leonard Cohen, actor William Shatner and astronaut Dave Williams. It also boasts 12 Nobel Prize winners and 140 Rhodes Scholars, more than any other university in the country. Eureka moments associated with McGill include the discovery that atoms can be divided, the first map of the brain’s motor cortex, and the invention of Plexiglas. McGill also lays claim to the invention of modern American football, hockey and basketball. The main campus of the university is in downtown Montreal at the foot of Mount Royal. Next to the main campus is Milton Parc, an urban area that is home to many of the university’s students. The second campus is 18 miles west of the university in a more rural environment. McGill has been a member of the Association of American Universities since 1926, an organisation comprising the top North American research universities. It is also a founding member of Universitas 21, which is an international network of leading research-intensive institutions that work collaboratively to enhance global reach and encourage international scope. The university library is made up of 13 smaller branches and holds over six million items in total.