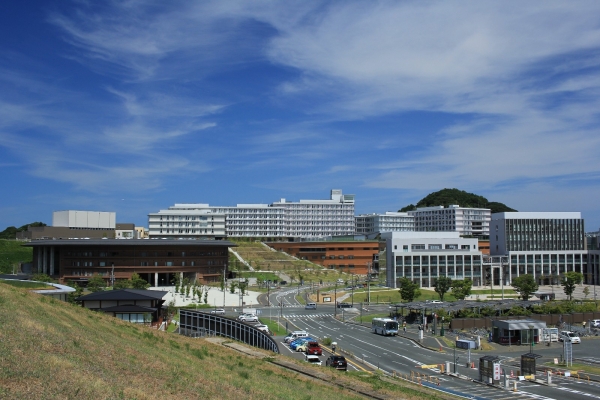 Kyushu University in Japan is a public university located in Fukuoka, and is one of Japan's National Seven Universities. Since its foundation in 1903, its aim has been to provide the highest levels of education, research and medical activities.

Now a recognised international university, Kyushu has 16 faculties, 11 undergraduate schools and 18 graduate schools. It is home to nearly 19,000 students, from some 90 countries, with over 2,000 academic faculty.

Its international feel is underlined by its overseas branch offices in places such as San Jose in the United States and Cairo, Egypt. It has partnerships with over 100 international universities involving study abroad programmes for its undergraduate and postgraduate student body, and its international outlook is enhanced by its membership of the Top Global University Project (formerly the Global 30 Project), a government-funded initiative to boost a select group of universities’ global competitiveness. Kyushu was selected as one of the top tier institutions for the project.

Despite its strong teaching ethic, Kyushu is also an active research institution with over 12 billion Yen funded research from corporate partners and government.

Their centennial motto – “leading the field in the next 100 years, leaping into the world top 100” – underpins the university’s commitment to sustained educational and research advancement over the next century.

Its alumni are noted in research fields; Hakaru Hashimoto, one of Kyushu’s first graduates, was a doctor whose research led to the discovery of a chronic thyroid disorder – chronic thyroiditis – which has become known as “Hashimoto's disease”. Shozaburo Jimi, who graduated from Kyushu medical school in 1977, is a current Japanese politician. Ryukichi Inada, a pioneer in Japanese clinical medicine and the discoverer of the Weil’s disease pathogen, was a former professor at the institution.