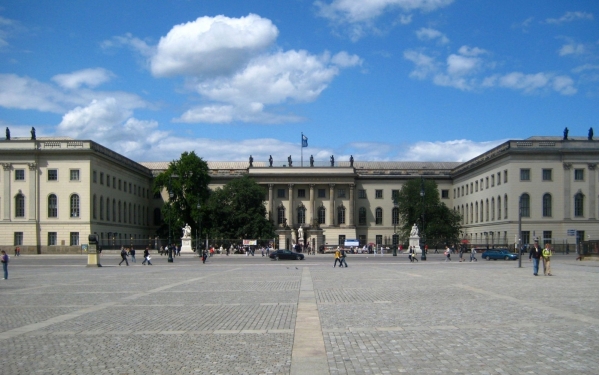 Established more than 200 years ago, in 1810, the Humboldt University of Berlin is one of the most prestigious universities not only in Germany, but in Europe. It has a world class reputation in arts and humanities fields. Originally known simply as the University of Berlin, it was given its current name in 1949, and is named after both its founder, Wilhelm von Humboldt, and his brother, the esteemed naturalist and alumnus of the institution, Alexander von Humboldt. HU Berlin is recognised as one of Europe’s pioneering higher education institutions. Wilhelm von Humboldt is credited with developing a model for universities that saw a closer relationship between research and teaching - a model that is still followed in higher education institutions across the world today. The institution’s academic clout is evidenced by the fact that it has educated no fewer than 29 Nobel prizewinners, including Max Born, who won the prize for physics in 1954; Theodor Mommsen, who won the prize for for literature in 1902; and Wassily Leontief who won the prize for economics in 1973. In 2006, the federal government’s German Universities Excellence Initiative began allocating additional funding to institutions that proved they were leaders in science and research. In 2012, HU Berlin, was one of 11 institutions to receive this money, enhancing its reputation as one of the country’s elite universities. Among HU Berlin’s famous alumni are Marxism founders Karl Marx and Friedrich Engels, as well as novelist Alfred Döblin, and theologian Friedrich Schleiermacher. Composer Felix Mendelssohn was also a student there, while Albert Einstein spent time as a professor at the university.