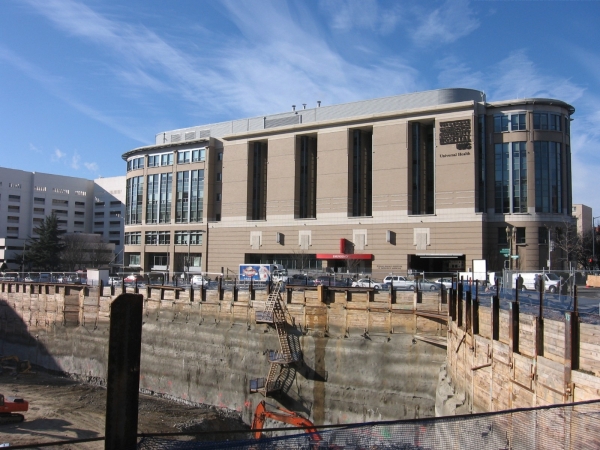 Founded in 1821 by an Act of Congress, George Washington University says that it “makes history”. It was George Washington himself who envisioned a university in the United States capital in his last will and testament, to serve as an intellectual hub for the entire country.

It boasts three campuses – Foggy Bottom, Mount Vernon and the Virginia Science and Technology campus – so close to the heart of power that parts of the university are just a four-block walk to the White House, not to mention many other governmental and private agencies, providing huge internship and job opportunities for students.

George Washington was the backdrop to several momentous events in 20th-century history. In 1939, a conference on campus revealed that Otto Hahn had successfully split the atom; while in 1981, the university hospital treated Ronald Reagan after an attempted assassination.

But the university is not just about politics. George Washington boasts a thriving arts scene, with several student dance groups, improvisation and theatre clubs, art galleries, as well as instrumental and voice ensembles.

The university’s Lisner Auditorium has hosted appearances ranging from Betty White and Al Gore to Salman Rushdie. It has a wide range of fine art, music, theatre and dance scholarships on offer to freshmen.

Based in Washington, students have access to some of the finest libraries, museums and arts venues in the country. It also has a strong athletic tradition, stretching back to the late 19th century.

The university launched collegiate basketball in 1906, just as the sport was in its infancy. George Washington also has an impressive record in soccer, baseball and athletics.

There are no fewer than six busts of George Washington himself on campus, and the university colours of buff and blue are those the general wore into battle.

It has two mascots: an official namesake mascot called George, completed with powdered wig and tricorne hat; and an unofficial hippo mascot, which appears around campus and at events.

Essentials in Clinical Simulations Across the Health Professions

Get Data Off the Ground with Python

Hybrid to Online with Jupyter