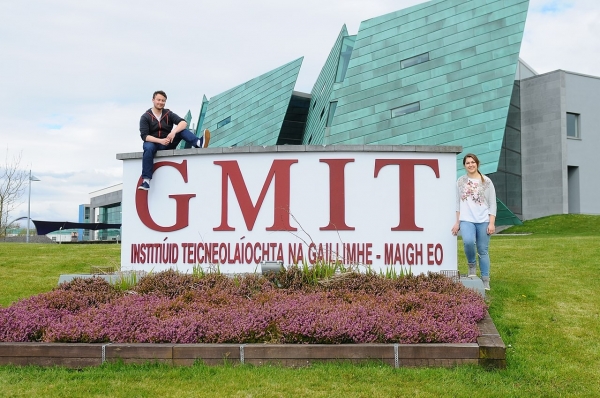 Across five campuses in west Ireland, Galway-Mayo Institute of Technology offers a variety of primarily professional and vocational training courses to its student body of 9,000.

It began life as Galway Regional Technical College in 1972, one of a number of new institutions in Ireland offering education for those interested in jobs requiring technical competencies.

The Galway Campus, which is the largest and also the main headquarters of the institute, is in the east of the city overlooking the bay and can easily be spotted thanks to the three large copper plates on the front of the main building. It hosts the schools of business, engineering, science and computing, and the College of Tourism and Arts.

Nearby in Galway is the Centre for Creative Arts and Media, housed in a former monastery, which offers courses in art, design, film and documentary.

Next to Mayo General Hospital, you will find GMIT’s Mayo Campus, which specialises in nursing and outdoor education. The Letterfrack Campus is known for its furniture design courses and has been designated a National Centre for Excellence in furniture design and technology by the Irish government.

Mountbellew was Ireland’s first agricultural college when it opened in 1904. Now, it is where GMIT runs its courses in rural, environmental and agricultural studies.

GMIT’s motto is “Towards a Technical University”, which is what the institution is striving to become in the next few years.

Students living in Galway will be witnessing the city gearing up to become European Capital of Culture in 2020.

Category of Education Business and Economics, Technology and Engineering, Computer Sciense, IT and Communication, Arts and Humanities