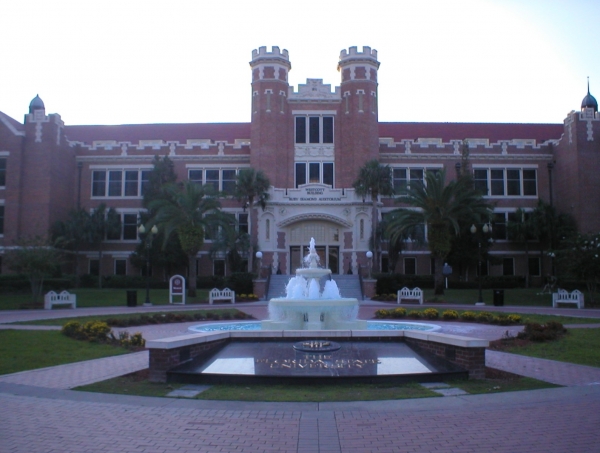 Florida State University has its roots in the development of a state higher education system in the nineteenth century, and by 1897, it was Florida’s first liberal arts institution. By the outbreak of the Second World War, it had a fully-fledged sports culture and numerous student associations.

In the 1950s the university added business, journalism and nursing departments, and after the turn of the millennium it built a new college of medicine. It now also has study abroad centres in London, Florence, Valencia and Panama.

Florida State boasts hundreds of student organisations, 25 locations across campus to eat, and even a “renegade runner” on call to deliver snacks to students too busy studying.

The university also has one of only two collegiate circuses in the United States, the FSU Flying High Circus, which dates back to 1947. Student performers sew their own costumes, rig up light and sound for performances, and erect a big top tent on campus.

BS and MS in Computer Criminology

BS and MS in Computer Science and Computer Criminology

BS and MS in Computer Science

BSIT and MSIT in Information Technology