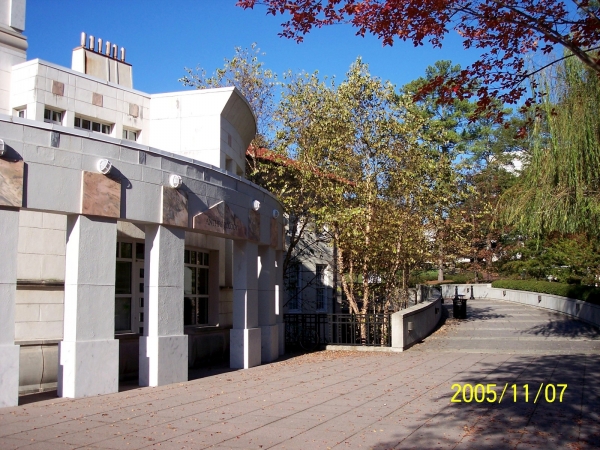 Emory University is renowned for its liberal arts college, professional schools and one of the leading healthcare systems in America’s southeast. It was founded in 1836 as a small Methodist college in Georgia, in a town named Oxford after the prestigious English university. Emory was transformed into its present incarnation in the historic Druid Hills neighbourhood of Atlanta in 1915 after Asa Candler, founder of The Coca-Cola Company, donated land and funds for a new campus. There are over 3,700 academics in four undergraduate and seven graduate schools, including business, law, medicine, nursing, public health and theology, with one of the most extensive theology libraries in the US. There are about 46 acres or 35 football fields of scientific research space on the 600-acre campus, and the university generates over $500 million in research award funds. Half of the campus is designated as protected green space, some of which is used by the university’s eighteen varsity sports teams. Emory Healthcare, the largest healthcare system in Georgia, allows students to observe real-world applications for their learning. It makes the university a top destination for medical students, with only one in 50 applicants accepted to the School of Medicine. There are five secret societies, the oldest being DVS, founded in 1902 in Georgia, which admits seven seniors each year. Emory counts former President Jimmy Carter, His Holiness the XIV Dalai Lama, CNN chief medical correspondent Dr Sanjay Gupta and the US Poet Laureate Natasha Trethewey within its faculty, and numerous famous alumni from the worlds of business, education, entertainment, media, politics and health. Its alumni includes six Pulitzer Prize winners, a vice president of the United States, a Supreme Court justice, an astronaut, and golf’s only Grand Slam winner. The spirit of Emory is said to be safeguarded by a lab skeleton of unknown origin named Dooley. Each spring, in a tradition originating in 1899, a week is celebrated in his honour, in which students are secretly selected to don the Dooley cloak and turn up unexpectedly around campus.