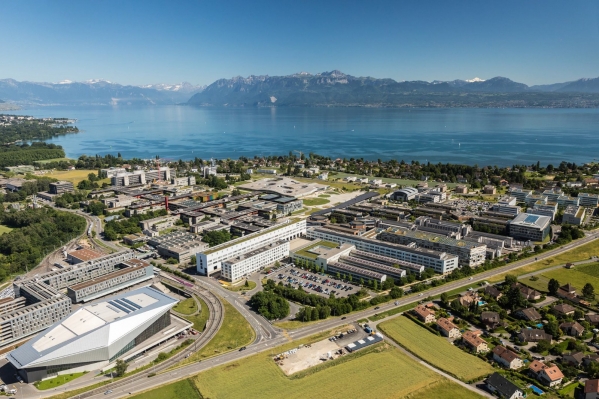 École polytechnique fédérale de Lausanne (EPFL), or the Swiss Federal Institute of Technology in Lausanne, is a public research university in Lausanne, Switzerland. Unusually for a Swiss university, it is controlled by the federal government. The university originated from the École special de Lausanne, a school with just 11 students. In 1869 it became the technical department of the public Académie de Lausanne. After the academy became the University of Lausanne, the école established itself as a federal institute in its own right: EPFL. EPFL is highly regarded for its research and teaching in engineering. More recently, the university has branched out into the life sciences. It acquired the Swiss Institute for Experimental Cancer Research in 2008. The university belongs to the Swiss Federal Institutes of Technology Domain, a union of research institutes and universities which also includes ETH Zürich. Like other Swiss universities, EPFL is unselective in its undergraduate admissions. Selection is based on the results of first year exams, which approximately half of students fail. EPFL has a highly international student population, with about half of students coming to study at the university from abroad. EPFL has coordinated ambitious international research projects, including the Blue Brain Project and the Human Brain Project, attempting to reconstruct mammalian and human brains digitally. The institute is home to a nuclear reactor, a fusion reactor and a Blue Gene/Q supercomputer. The EPFL campus in Écublens is located beside Lake Geneva and is powered entirely by electricity produced from hydropower. EPFL has several satellite campuses and facilities in Switzerland. The main campus hosts regular music festivals, and has two museums: the Musée Bolo and Archizoom. Alumni of EPFL include Jacques Dubochet, winner of the 2017 Nobel Prize in Chemistry, and chess grandmaster Maxime Vachier-Lagrave.