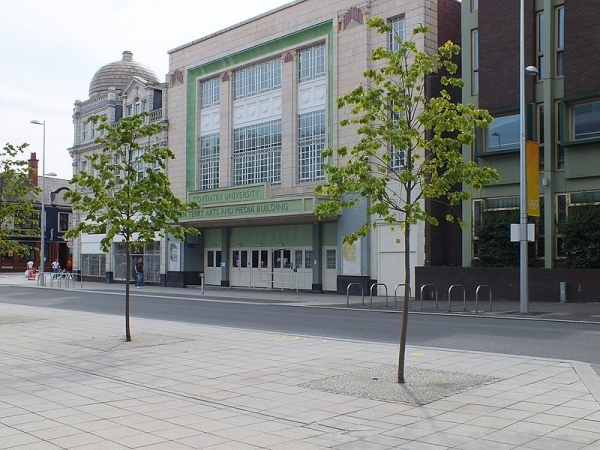 Founded by entrepreneurs and industrialists as the Coventry School of Design in 1843, and in 2018 celebrating 175 years, Coventry University is a dynamic and outward-looking institution with a tradition of teaching excellence, impactful research and bold international partnerships.

Through Coventry’s worldwide network of collaborators in academia and industry, the 50,000 learners studying its degrees in different countries enjoy access to global opportunities which ensure their employment prospects are enhanced. The university is recognised internationally for its expertise in health, peacebuilding and agroecology, and for the world-leading calibre of its engineering and design graduates – particularly in the automotive field.

As an ambitious and innovative university, our research makes a tangible difference to the way we live. Coventry University is already known for delivering research that makes a significant contribution to a number of global challenges, but it has bigger ambitions – including growing its research staff to 2,000 by 2021 and focusing on fields where its experts can be dominant.

The latest Research Excellence Framework (REF) rated significant areas of Coventry’s research as ‘world leading’ and ‘internationally excellent’, with its allied health professions work being ranked joint 5th in the UK and almost three-quarters of its work in the art and design category being rated as either four or three star quality.

In recent years Coventry’s student satisfaction levels and teaching quality have also been rated amongst the best in the UK, which has contributed to impressive rises in every major university league table and a gold rating in the UK government’s Teaching Excellence Framework (TEF). Central to this success has been the university’s bold approach to higher education developments, including new campuses in Scarborough, London and Poland, and the Institute for Advanced Manufacturing and Engineering – its ‘faculty on the factory floor’.

Coventry ranks 13th and as the country’s top modern university in the Guardian University Guide 2019, and is top in the UK – and third in Europe – for how well it engages with its students according to the Times Higher Education (THE) Europe Teaching Rankings 2018. It is also listed by THE as one of the world’s top 200 young universities, as well as earning the title ‘University of the Year for Student Experience’ in the 2019 Times and Sunday Times Good University Guide. The latter describes Coventry as “one of the most innovative modern universities, bold with its vision of what the 21st century student experience should be”.

The university’s estate is continually evolving, with a half billion pound investment in its Coventry city campus – as well as new developments in Scarborough, London and Poland – playing a key role in enhancing students’ and academics’ learning and research opportunities.

BIM Implementation within the AEC Industry