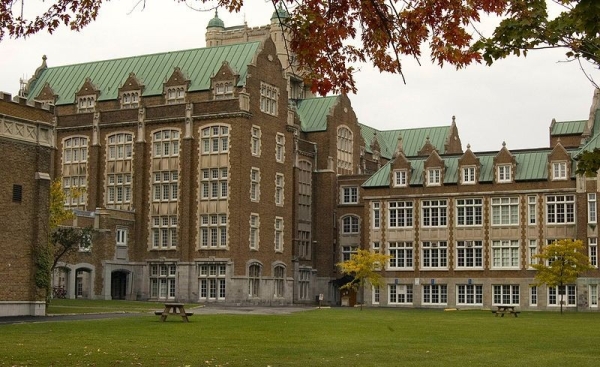 Concordia University (CU) is a comprehensive university located in Montreal, the largest city in Québec, Canada, and the second happiest city in the world, according to Lonely Planet.
It was founded in 1974 following the unification of Loyola College and Sir George Williams University.
Today, the university is home to two campuses named after these founding institutions, located in the bustling, downtown area of Montreal, as well as the more relaxed, residential area in the west of the city.
CU prides itself on being welcoming and committed to innovation and excellence in education, research, creative activity and community partnerships. The university itself possesses the same motto as the city it inhabits: ‘Concordia salus’, which translates as ‘well-being through harmony’.
It offers 300 undergraduate programmes, 195 graduate programmes, diplomas and certificates, and 40 postgraduate programmes via its faculties of Arts and Science, Engineering and Computer Science, the John Molson School of Business, and the School of Graduate Studies.
The university also offers a student exchange programme and internships abroad.
Its Faculty of Fine Arts is one of the largest in Canada and gives students the opportunity to create contemporary art across all artistic disciplines. The university also houses an extensive public art collection, one of the most diverse of any university in the country.
Montreal is a city with a strong cultural tradition of art, music, literature and innovative technology – singer-songwriter Leonard Cohen and the author Mordecai Richler were once both denizens of Montreal. The city Montreal is also known for its festivals, which run all summer long.
As the second-largest French-speaking city in the world after Paris, bilingualism is an integral part of the cultural life of the city.
CU’s alumni include two-time winter Olympic gold medallist, Alexandre Bilodeau, the writer Annie Proulx, and founder of indie rock band Arcade Fire, Régine Chassagne.

Oceane
This comment was minimized by the moderator on the site

good schedule, very general with the third year specialized, lot of cultures, in downtown, lots of events for students, beautiful buildings, some good professors (but not all good) I would recommend it for sure!

I honestly absolutely adore Concordia. I think that the people are so kind, the class selections we have are out of this world especially in the fine arts section, and overall it is a great university.