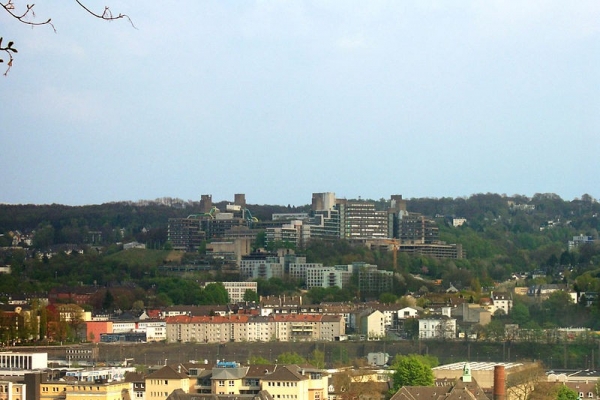 The University of Wuppertal, which in German is Bergische Universität Wuppertal (BUW), is a scientific institution in Wuppertal in the North Rhine-Westphalia.

Established in 1972, it combined existing higher education institutions in the region, such as the Schools of Engineering, Industrial Art and Education and expanded to feature new departments. It now offers combinations of disciplines that are relatively unheard of within the German university system. For example subject combinations for teaching degrees, in interdisciplinary partnerships between the Faculties of Engineering and Economics, or in the Safety Engineering field, where BUW’s degree programme is a one-of-a-kind in Germany. The school offers programmes in English and German.

BUW has three campuses: Grifflenburg (its main campus and housed in an enormous, cut honeycomb concrete structure) and Freudenburg, both of which are in the Wuppertal suburb of Elberfeld, as well as Haspel in Unterbarmen. It is particularly strong in areas of business startup and marketing programmes, which provide young entrepreneurs with a springboard to enter the working world and has granted BUW a high reputation among German universities for several years.

For six years from 2004, BUW was home to the second supercomputer at any German university. ALiCEnext was used in elementary particle physics, applied computer science, astro-particle physics and experimental high energy physics.

The student body is made up of 13,000 people from over 100 countries, supported by some 300 professors and higher education professionals. Notable alumni include Christian Boros, German advertising agency founder and art collector, Godela Habel, abstract painter and Walter Heidenfels, industrial designer.