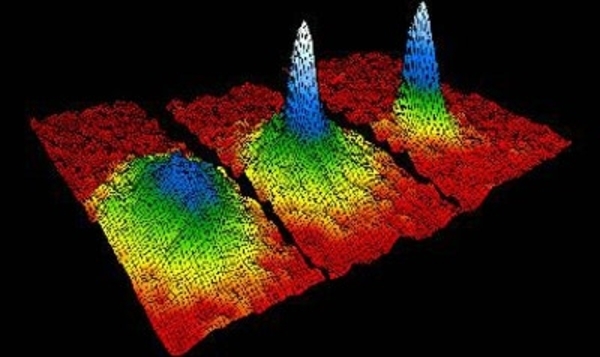 In this physics course you will learn about ultracold bosons and fermions, and you will hear from Prof. Ketterle about Bose-Einstein condensation (BEC). Prof. Ketterle was among the first to achive BEC in the lab and was awarded the Nobel prize in 2001 for his work along with Eric Cornell and Carl Wieman. You will also learn about weakly interacting Bose gases, as well as superfluid to Mott insulator transition, BEC-BCS crossover, trapped ions and quantum gates with ions. This course is a part of a series of courses to introduce concepts and current frontiers of atomic physics, and to prepare you for cutting-edge research: 8.422.1x: Quantum states and dynamics of photons 8.422.2x: Atom-photon interactions 8.422.3x: Optical Bloch equations and open system dynamics 8.422.4x: Light forces and laser cooling 8.422.5x: Ultracold atoms and ions for many-body physics and quantum information science At MIT, the content of the five courses makes the second of a two-semester sequence (8.421 and 8.422) for graduate students interested in Atomic, Molecular, and Optical Physics. This sequence is required for Ph.D. students doing research in this field. Completing the series allows you to pursue advanced study and research in cold atoms, as well as specialized topics in condensed matter physics. In these five courses you will learn about the following topics: quantum states and dynamics of photons photon-atom interactions: basics and semiclassical approximations open system dynamics optical Bloch equations applications and limits of the optical Bloch equations dressed atoms light force laser cooling cold atoms evaporative cooling Bose-Einstein condensation quantum algorithms and protocols ion traps and magnetic traps.

Multiple Regression Analysis in Public Health
Biostatistics is the application of statistical re ...

Calculus 1C: Coordinate Systems & Infinite Series
How did Newton describe the orbits of the planets? ...

Monitoring Volcanoes and Magma Movements
The course gives an introduction to volcano monito ...