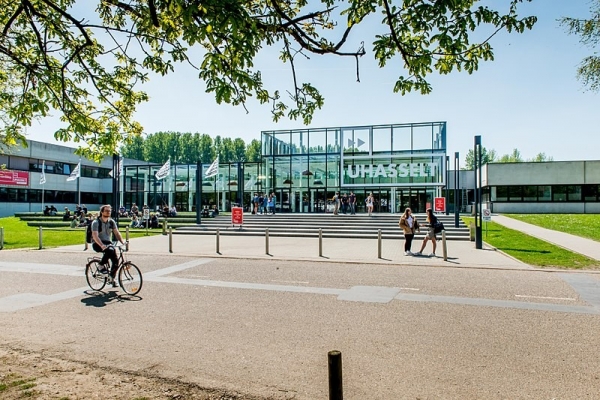 Established as the Limburg University Centre in 1973, Hasselt University started with just two faculties and did not become known by its current name until 2005.

The institution is located in the small city of Hasselt in northeast Belgium. Today the university has six faculties: architecture and arts, business economics, medicine and life science, engineering technology, law, and sciences, as well as a newly established school of transportation.

Hasselt University is home to six research institutes, and the university prides itself on its research in life sciences, environmental technology, biostatistics, visual computing, new materials, and road safety and mobility.

The university has two campuses within a short distance of each other. Campus Hasselt is located in the northern suburbs of the city, while Campus Diepenbeek is around 4 kilometres east of the town.

Most faculty buildings (apart from the Faculty of Law) are located at Campus Diepenbeek along with a library and restaurant, while Campus Hasselt is home to two auditoriums and a former city prison which now houses the Faculty of Law.

Students are enrolled at Hasselt University in one of the institution’s 17 undergraduate courses or 20 master’s programs, five of which are taught in English.

A collaborate program has been established between Hasselt University and Maastricht University in the Netherlands, known as the Transnational University of Limburg as a result of both universities being located in the Limburg region.

A number of faculties in both universities work together in several research projects, both in Belgium and the Netherlands.

Université Libre de Bruxelles
Founded in 1834 by Pierre-Théodore Verhaegen, the ...