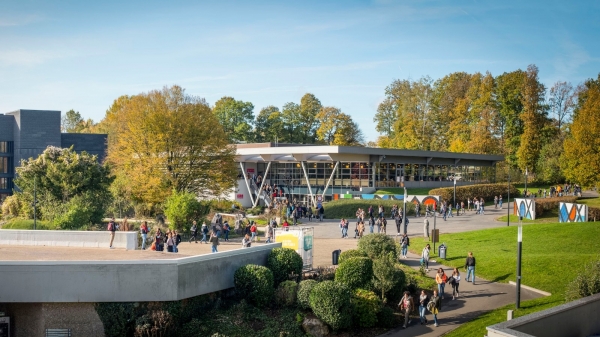 The University of Liège (ULg) was founded in 1817 by King Wilhelm the First after Napoleon demanded a university for Belgium – a territory that was then part of the Napoleonic Empire. It was given its current name in 1989 and is the only public university for the French-speaking community of Brussels.

ULg has more than 20,000 students, almost a quarter of whom are international. It offers 33 undergraduate degree programmes and 193 master’s courses organised across ten faculties within five sites (four in Belgium and one in Corsica).

The university specialises particularly in foreign languages and emphasises learning that prepares students for work anywhere in Europe. It maintains strong ties with former students and claims to be unique in the support it offers graduates.

With links to over 600 Belgian and international firms, ULg works with businesses to teach courses that meet the needs of industry and which equip students for employment. The university’s applied research activities have generated a total of 80 high-tech spin-off firms as well as a portfolio of licensable technologies.

It also offers a programme of continuing education consisting mainly of technological or management seminars for graduates and companies.

More than half of ULg’s budget is invested in research and the university prides itself on being one of the most active in terms of research programmes, both locally and internationally, encouraging inter-disciplinary research among its faculty.

Liège is Belgium’s third largest city, which sits in the Meuse River valley, close to the German and Dutch borders. It is one of the country’s major educational hubs and boasts a large population of students as well as a vibrant multicultural community. Its weekly Sunday market, La Batte, is popular with both tourists and locals alike. There is also a large number of sport and leisure clubs available to students through the university.

Bioengineer in chemistry and bioindustries, with finality