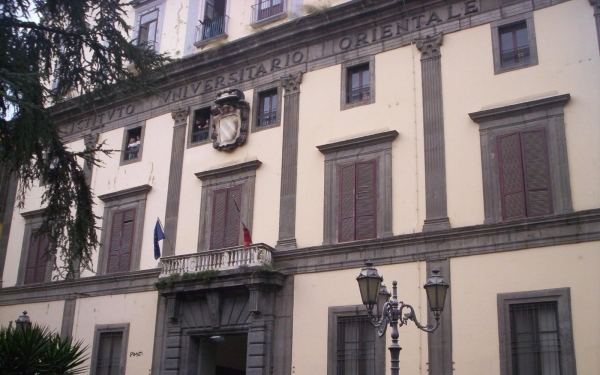 The University of Naples “L’Orientale” (or in Italian, Università degli Studi di Napoli “L’Orientale”) was founded in 1732 in Naples, Italy.

It is the oldest school of sinology and oriental studies in Europe and regarded as one of the world’s most prestigious Asian culture and language universities. It specialises in the study of non-European languages and culture.

Missionary Matteo Ripa, of the Propaganda Fide from the Kingdom of Naples worked as a painter and copper-engraver at the imperial court of the Kangxi Emperor in China’s Qing Empire between 1711 and 1723. He then returned to Naples from China with four Chinese Christian teachers and set up the Chinese Institute of Naples, which was sanctioned by Pope Clement X11 in 1732, with the aim of teaching Chinese missionaries and advance the propagation of Christianity in China.

After Italy’s unification in 1861, the institution became the Royal Asian College, with Russian, Hindustani and Persian added to the curriculum.

The original buildings were made into a private palace, then a monastery and church, a school of orphans and eventually the Elena d’Aosta Hospital in 1910.

There is no single campus, but it is spread across Naples with a number of different buildings, which include the Palazzo Giusso, the large converted monastery of Santa Maria Porta Coeli and Palazzo Mediterraneo, which houses the Centro Interdipartimentale dei servizi Linguistici ed Audiovisivi. Abbreviated as CILA, this language lab facility has satellite TV for international programming, a formidable recording studio and cutting edge computers. Today, more than 50 languages are taught. The university is organised into four faculties: the Faculty of Foreign Languages and Literature, the Faculty of Arabic-Islam and Mediterranean Studies, the Faculty of Letters and Philosophy and the Faculty of Political Sciences.