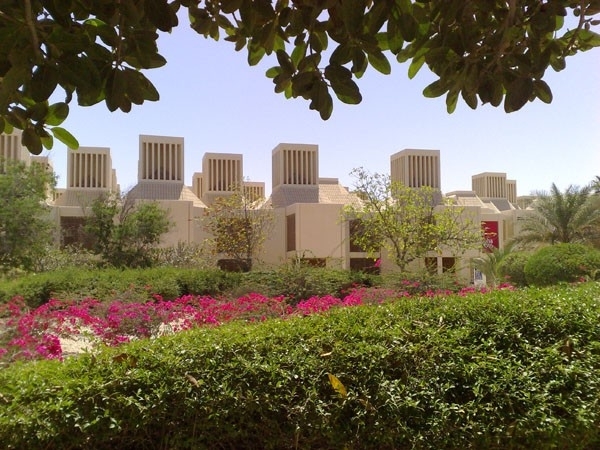 When Qatar University first opened its doors in 1973, it was to a cohort of just 160 students. Following a period of rapid expansion, the university is currently home to approximately 14,000 students and boasts an alumni of more than 30,000.

Qatar University, founded by the Emir of Qatar, today comprises a total of eight colleges. They include Arts and Sciences, Business and Economics, Education, Engineering, Law, Pharmacy, Sharia and Islamic Studies, and Medicine, offering undergraduate programmes, as well as a growing number of specialist Masters and PhD programs.

Previously among the world's poorest Gulf states, Qatar itself is now one of the wealthiest countries in the world, with much of its money invested in the nation’s education system.

The university prides itself on a continuing tradition of development and innovation that supports the growing needs of the country’s labour market. In 2006, it was the first university in the country to introduce a course in pharmacology, which quickly developed and became the College of Pharmacy in 2008.

Situated 16 kilometres from the centre of Doha, the university’s campus overlooks the coast and offers stunning seafront views. Its architecture is ultramodern, while reflecting the ideals of traditional Islamic design. Male and female students are located on separate sites, each containing their own lecture halls, laboratories and learning support facilities.

Sports facilities on site include gyms, an outdoor stadium with football pitches, running tracks and tennis courts, and an aqua complex. Next door to the main campus is the Doha Golf Course and 65km north of the city, the university runs an experimental farm.

Qatar has a lot to offers sports fans. Football is especially popular in the country, which won the FIFA bid to host the 2022 World Cup.

Close to Doha, the Pearl-Qatar is a man-made island off the bay coast with yacht-lined marinas, luxury shops, restaurants and hotels. For a more authentic Qatari experience, the small busy streets of the Souq Waqif market provide visitors with traditional restaurants, as well as local music, art and culture.