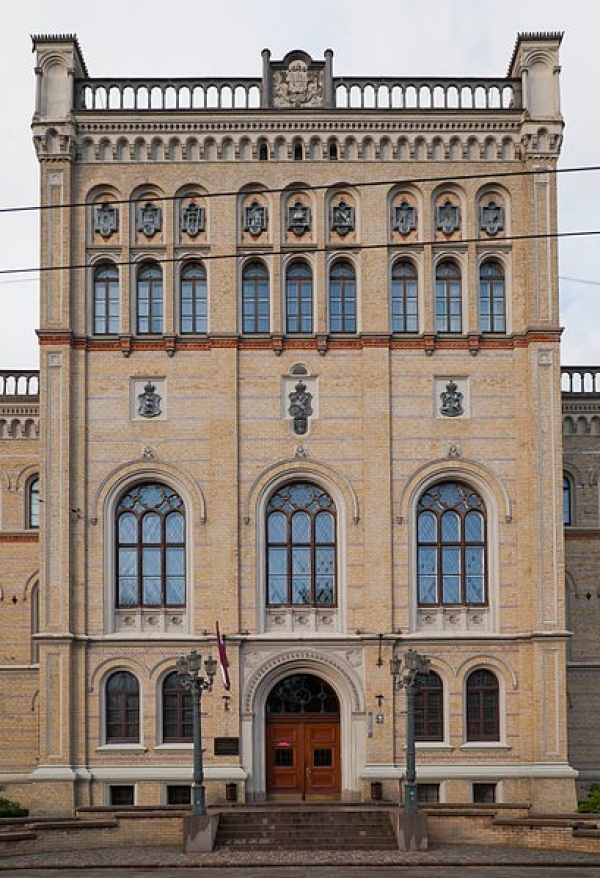 The University of Latvia is one of the largest and most prestigious higher education institutions in the Baltic States.

With 13 faculties and more than 20 research institutes, the university’s academics conduct research in more than 50 fields, across the humanities, sciences, social sciences, and education studies.

Teaching is conducted at undergraduate, master’s and doctoral level, with a growing number of programmes offering English-language teaching.

The institution is committed to international partnership, having signed cooperation agreements with around 150 universities in more than 40 countries. Staff and students regularly participate in academic exchanges.

International collaboration extends to the provision of a series of master’s degrees delivered in partnership with other higher education institutions, including a course in Baltic Sea regional studies.

The University of Latvia was founded in 1919, shortly after the country won its independence for the first time, and it was initially known as the Latvian Higher School.

The institution took on its current name in 1923 and expanded significantly in the following decades but was severely affected by the Second World War. After the war, when Latvia was part of the Soviet Union, it was reorganised in line with the state’s other higher education institutions, and academic life was severely constrained, but the university never closed.

Latvia’s regaining of independence in 1991 was the trigger for a fresh period of renewal for the university, focusing on Latvian language, history and culture.

The University of Latvia is located in Riga, the country’s capital, a city of approximately 700,000 people with a historic centre that is protected as a Unesco World Heritage Site.

Notable alumni of the institution include Guntis Ulmanis, the former president of Latvia, Valdis Dombrovskis, the country’s former Prime Minister, and Aminata Savadogo, who represented Latvia in the 2015 Eurovision Song Contest.