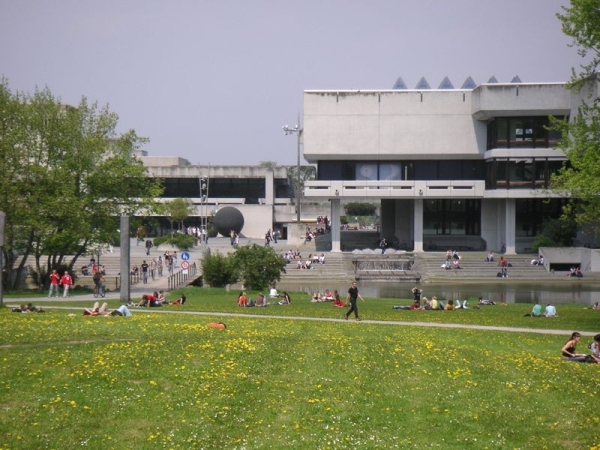 The University of Regensburg is a public research university situated in Regensburg, a UNESCO World Heritage Site listed medieval city in Bavaria, Germany.

The Landtag of Bavaria founded the university in 1962 after various attempts to found a college dating back to the late 15th Century. The first petition for establishment of a university in the city was sent to Pope Innocent VIII in 1487 by Duke Albrecht IV of Bavaria. Many rejections followed through the years and it wasn't until the Association of the Friends of the University, established in 1948 by East Bavarian academics and intellectuals, advocated the idea that authorisation was finally granted.

Just one central campus serves the universities students and scholars, which is set over 280 acres of land and boasts stunning scenic surroundings. The nearby Danube Valley, Bavarian Forest and numerous nearby lakes greatly enhance the setting of the university. The university's library consists of a main complex, with 11 branch libraries distributed throughout the campus.

The faculty of medicine benefits from its own UKR University Hospital, established in 1992, with a range of areas of research carried out there.

A host of notable alumni have been through the university including: German poet May Ayim, Archbishop of Vienna Christoph Schonborn, German comedian Hannes Ringlstetter, and politician Marina Schuster. Perhaps the most notable faculty member is Pope Benedict XVI, who taught theology from 1969 to 1977