Jordan University of Science and Technology 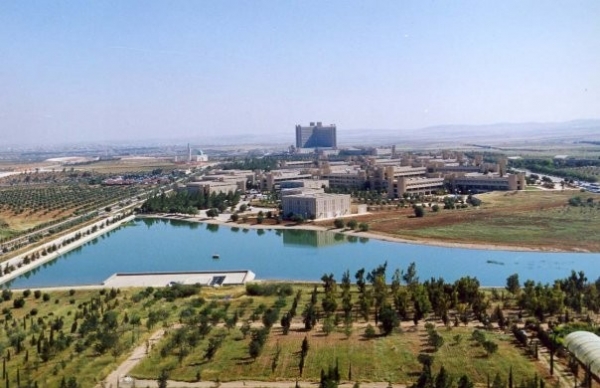 Located in the dynamic city of Irbid, Jordan University of Science and Technology (JUST) is one of the leading research universities in the Middle East. Founded in 1986, the university was originally founded in order to produce a local workforce skilled in meeting the needs of the region.

Since its establishment, the university has developed a reputation for excellence and was recently named the best scientific institution in the Kingdom by Jordan’s King Abdullah II.

s student numbers have seen a rapid growth in recent years, with around 20,000 undergraduates and 1800 graduate students, compared with a total student body of 2,300 in 1986.

Approximately 5,000 international students representing over 60 nationalities are among its cohort, making JUST the most culturally diverse university in Jordan, with most of its programmes taught in English.

Its international standing extends to strategic links with several partner institutions in America, Europe, Canada, Australia and the Middle East.

JUST comprises 12 faculties ranging from medicine to arts to sciences, and many degree programmes are exclusive to the university. Programmes are subject to constant review and are adapted to meet changes in industry, ensuring that students graduated skills and knowledge relevant to the workplace.

The university has been granted special recognition for its developments in medicine, with teaching taking place in the King Abdullah University Hospital, one of the largest hospitals in the country. The university’s Faculty of Medicine also hosts a number of international events and conferences each year and plays an active role in medical research.

Among the university’s facilities are twelve auditoriums and a number of museums and fine art galleries. It also houses a range of sporting facilities, including a 7,000 seat football stadium.