Faculty of Mechanics and Mathematics 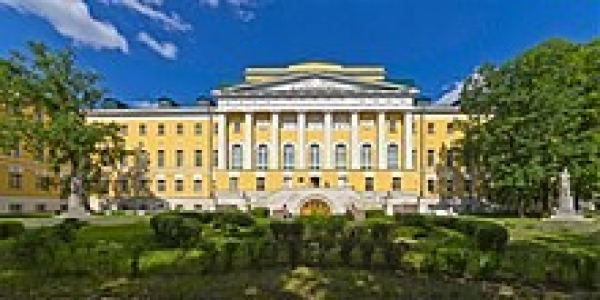 Mathematics has always been the basis of natural science and, together with mechanics, it is the basis of all engineering sciences and the main means to investigate laws of the Universe.

Lectures on Mathematics have been given at Moscow University since its opening in 1755. The Department of Physics and Mathematics was first mentioned in the 1804 Charter.

In 1933 Moscow University was reorganized, several new faculties were established, among them the Faculty of Mechanics and Mathematics. A great role in its establishment and further development belonged to Corresponding member of the Academy of Sciences of the USSR V. V. Golubev, academicians I. G. Petrovsky, A. N. Kholmogorov, P. S. Aleksadrov.

Traditionally, our students are taught not the methods to solve a particular problem but the ability to think and make decisions independently and to extract and analyze information from various sources. That is why our graduates are able to go into any problem in almost every professional sphere: from IT to finance, from business management to politics.

Nowadays the role of mathematics in the system of human knowledge has grown considerably. Mathematical methods are applied to design nuclear reactors, to study the structure of crystals and molecules of chemical substances, to predict the location of mineral deposits, to forecast the weather. Mathematical methods can help to analyze economic changes and optimize the management of economy, to diagnose illnesses, to decipher ancient manuscripts, to substantiate sociological survey results. Mathematical methods are seen as the basis for IT, which is said to have changed the modern world. The most abstract branches of mathematics, such as mathematical logic, functional analysis, topology, modern algebraic theories, have recently found a number of practical applications too.

MSU scientists have greatly contributed to the most important areas of mathematics. MSU school of mathematics is a recognized authority in the world and a leading centre of mathematical sciences in Russia.

Mechanics is a cornerstone of engineering. Scientists investigate and develop mathematical models of motion and interaction of bodies and particles as well as mass interaction, they study mechanical characteristics of various media. Without dealing with a particular design, specialists in mechanics create a theoretical basis to apply in other sciences, in engineering and in industry. The achievements of MSU school of mechanics are world-recognized, they have influenced the development of modern mechanical engineering.

A variety of applications for mathematical knowledge, including the most recently developed branches of theoretical and calculus mathematics, is typical of modern mechanics. The numerical experiment became one of the most efficient methods for mechanical engineers to use. Nevertheless, the relationship between mechanics and mathematics is not one-sided. Mechanics stimulates the development of numerous branches of mathematics, formulating problems that mathematics is to find solutions to. This fruitful interaction accounts for these sciences being taught at the same faculty at MSU.

Our curriculum covers all modern areas of Mathematics and Mechanics. Although the scope differs, a number of disciplines are included in the curricula of both our divisions: Mathematical Analysis, Algebra, Analytic Geometry, Differential Equations, Mathematical Physics Equations, Function Theory and Functional Analysis, Probability Theory, Mathematical Statistics, Calculus Methods, Programming, Complex Analysis, Differential Geometry and Topology, Theoretical Mechanics, Mechanics of Continua, Physics, Mathematical Methods in Economics, Operations Research. All our students also study History, Methodology of Mathematics and Mechanics, they have core courses of the Humanities and the English language.

The curriculum of the Mathematics Division includes courses of natural sciences, applied science and economics. Students of the Mechanics Division acquire their practical experience in the laboratories of the MSU Institute of Mechanics.

In their 1st and 2nd year our students study the core subjects of the curriculum. In their 3rd year they choose their major areas and a department where an adviser directs their research work. Students and postgraduate students publish the results of their research in leading journals, they participate in various competitions and contests in Mathematics, Computer Science, Robot Technology, etc, both in Russia and abroad. For over 10 years our teams have taken part in the International Collegiate Programming Contest, having been among the finalist many times and won golden medals twice (2003 and 2005).

The Faculty of Mechanics and Mathematics together with the MSU Institute of Mechanics have organized the Students’ Contests in Robot Technology, making it a tradition. The participants of the contests can implement their mathematical models in practice, going all the way from formulating a theoretical problem to constructing the robot.

The Faculty of Mechanics and Mathematics is affiliated with the MSU Institute of Mechanics whose research work embraces all the main areas of Mechanics. The Institute’s experimental facilities are used by Mechanics students both for classes and research.

Our graduates work in research institutes, in various companies and in banks, in laboratories and computation centers, in institutions of higher education and schools, successfully solving both theoretical and applied problems. Around a third of our graduates go on to our graduate school, doing research for their Candidate’s or Doctor’s degrees in Physics and Mathematics. Degrees awarded by the MSU Faculty of Mechanics and Mathematics are recognized all over the world.

Artificial Intelligence (including Professional Practice) MSc
If you’re a computer science graduate and want to ...

ASTROPHYSICS AND COSMOLOGY
The Master's Degree programme in Astrophysics and ...