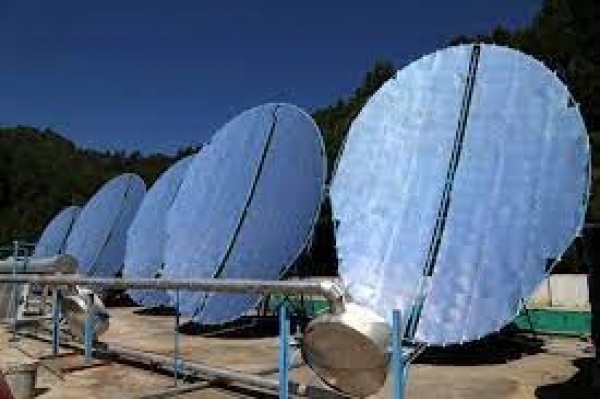 The MSc program “Energy Science and Technology” deals with modern technologies for energy conversion and storage and with the scientific principles underlying these technologies. The program is strongly research-oriented and focusses on electrochemical energy conversion and storage in fuel cells and batteries. Taught entirely in English, the international and interdisciplinary program “is designed for both international and German students, who have earned a Bachelor of Science (preferably chemistry or physics) or a Bachelor of Engineering (preferably chemical or electrical engineering). Conventional lithium-ion batteries as they are currently used in smartphones and laptops have more or less reached their maximum storage capacity. This is why specialists in basic research and practical application in the Science City of Ulm are searching for the batteries of the future. CELEST, Germany's largest platform for electrochemical energy research, is a joint venture of Ulm University, the Karlsruhe Institute of Technology (KIT) and the Centre for Solar Energy and Hydrogen Research (Zentrum für Sonnenenergie- und Wasserstoff-Forschung; short: ZSW). With its sections 'lithium ion technology', 'energy storage beyond lithium' and 'alternative technologies for electrochemical energy storage', CELEST covers all current research topics of electrochemical energy storage. The platform has already celebrated its first outstanding success: As part of the Excellence Strategy of the federal and state governments, the researchers have received approval for their Cluster of Excellence 'Post Lithium Storage' (POLiS), which is being funded with around seven million euros annually for an initial seven years. Main focus of POLiS is the development of battery systems that eliminate the need for the finite materials lithium and cobalt.

Category of Education Technology and Engineering

Principle of Semiconductor Devices Part II: Field Effect Transistors and MOSFETs
As a topic of study, semiconductor devices offer a ...

BS Materials Science
The undergraduate curriculum is designed to provid ...